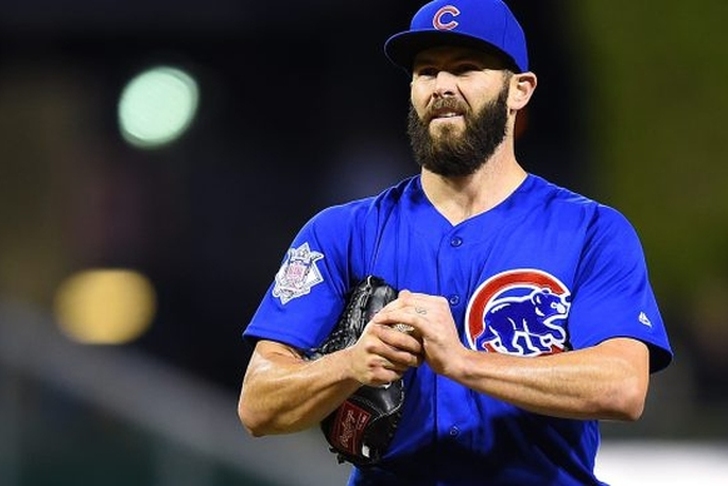 Jake Arrieta is one of the key factors that is trying to carry the Chicago Cubs to their first World Series championship since 1908, but if they don't accomplish that in the next two seasons, Arrieta likely won't be a part of it.

According to ESPN's Buster Olney, Arrieta has told the team he won't give them a hometown discount when he becomes a free agent after the 2017 season, and the team isn't likely to get in a bidding war to keep him.

The Cubs have lots of money to spend, yes, but a regime led by the battle-scarred Theo Epstein and Jed Hoyer is probably not going to extend itself to where salary sanity might be questioned -- especially for an older pitcher.

That means that if and when Jake Arrieta becomes a free agent after the 2017 season, in another incredibly weak market of starting pitchers, the Cubs probably won't chase him with a blank check. Arrieta will probably get higher offers from other teams, and unless Arrieta fudges at least a little on his pronouncement that he won't give the Cubs a discount, he almost certainly will be pitching elsewhere in 2018 -- which is absolutely his right.

Chicago has a total payroll just below $169 million for the 2016 season. Pitcher Jon Lester is the team's highest-paid player, making $25 million this season. Arrieta's salary is $10.7 million, which is the fourth-highest on the team.