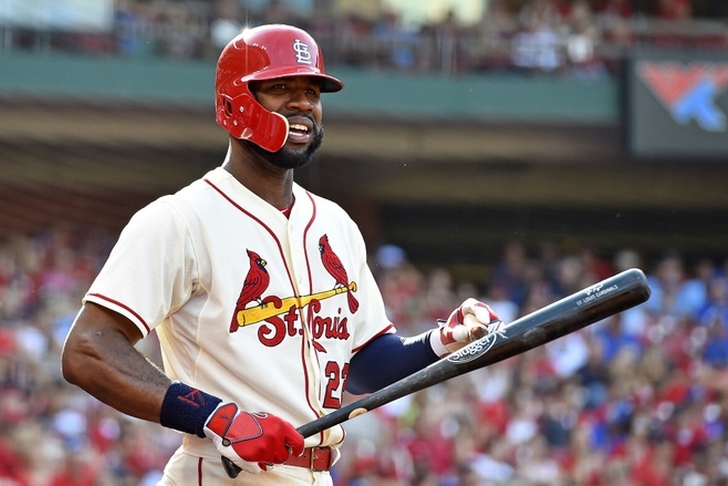 The Cubs have gotten their man. Per multiple sources, Heyward has signed a multi-year deal with the club. Details coming soon.

Outfielder Jason Heyward is currently the biggest name left in free agency, and it looks like he's ready to choose between his reported shortlist of the Chicago Cubs, Los Angeles Angels, St. Louis Cardinals and Washington Nationals.

According to a source cited by St. Louis Post Dispatch writer Derrick Gould, it looks like the Cubs have a fantastic shot of signing Heyward away from the home-standing Cardinals.

Source: Heyward has made a decision. #cardinals were very aggressive but doesn't sound like he chose them. #cubs very much in play here.

According to CBS Sports' Jon Heyman, both the Cardinals and Nationals are "discouraged" about the way the Heyward bidding war is going:

Cubs definitely still in mix for heyward, with decision coming soon. Nats, and according to @dgoold cardinals, discouraged

In fact, the Cardinals may in fact be completely out on Heyward.

#STLCards out on Heyward, sources tell me and @jonmorosi. @dgoold had indicated they no longer were in play.

There hasn't been much lately to come out involving the Angels' chase for Heyward, but all signs seem to be pointing to the Chicago Cubs as a prohibitive favorite.

Stay tuned for more information as it's made available.