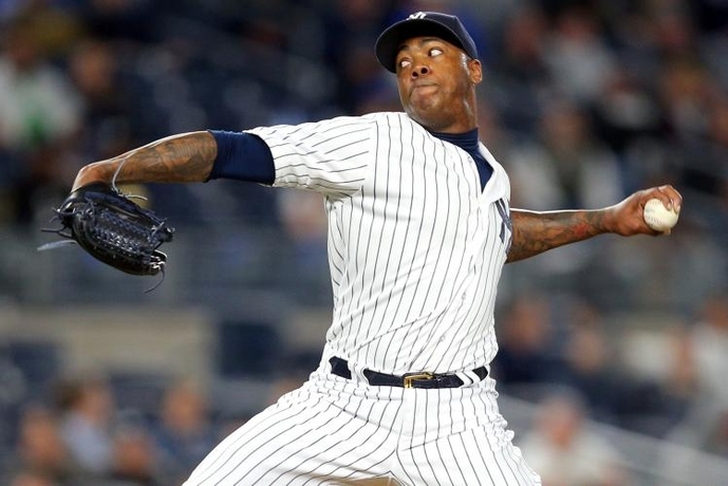 The Chicago Cubs are on the verge of landing closer Aroldis Chapman from the New York Yankees. The only holdup is the Cubs getting Chapman to agree to an extension.

Hearing but cannot confirm that deal is done, Chapman for Torres +. Holdup is Chapman extension talks. 4/$60 on table.

Watt is a writer for Baseball Prospectus. Watt's report is a little bit different than one from Jon Heyman, which says the sides have a deal in place, but the pieces are still the same. Gleyber Torres is the prospect in question, and the Yankees are high on him.

As the Yankees have prepared for possible reliever trades: They love Cubs prospect Gleyber Torres.

The gifted shortstop is the No. 28 prospect in baseball at just 19 years old. Adding fuel to the Chapman-to-Cubs fire is that Torres has been scratched from tonight's game.

Gleyber Torres, who's been scratched, was in offer to Yankees. Torres plus for chapman is on table. #cubs #yanks

Both Watt and Buster Olney said in separate tweets that the Cubs would need to give up a secondary piece in any trade. If a trade is completed, we'll update this post.