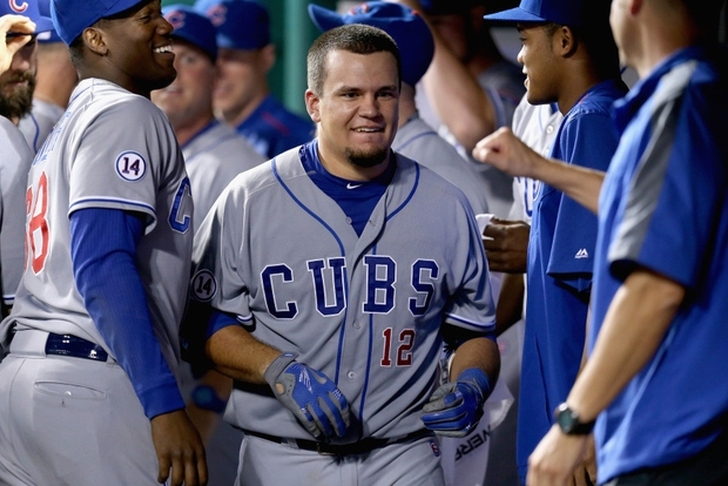 The Chicago Cubs are on the brink of elimination after last night's 5-2 loss to the New York Mets in Game 3 of the National League Championship Series. Now with their backs against the wall, Chicago turns to veteran starter Jason Hammel in hopes of extending the series for at least one more night. Will the Cubs survive? Can the Mets punch a ticket to their first World Series in 15 years? Here's our Mets vs. Cubs NLCS Game 4 Preview & Prediction.

What They Are Saying About The Mets:

Pre-NLCS Planning And Preparation Is Paying Off

Daniel Murphy Has No Clue How Sudden Power Emerged

What They Are Saying About The Cubs:

'Rookie Of The Year' Actor Hopes To Rescue Cubs

The New York Mets turn to rookie Steven Matz who has made just six career regular-season starts before tonight. Per ESPN Stats & Info, only one pitcher has ever pitched a potential LCS clincher with fewer starts under his belt -- Marty Bystrom, who pitched five games before sending the Phillies to the World Series in 1980. After failing to get much of anything done against Harvey, Syndergaard, and deGrom, the Chicago Cubs have a chance to welcome Matz to the big stage in rude fashion. Conventional wisdom would lead us to believe that Chicago's bats will finally wake up against the inexperienced lefty, but conventional wisdom doesn't mean much when it comes to the postseason.

It's 'Back to the Future' day. The Cubs can't go down without some Delorean magic. Rookie Kyle Schwarber hits a massive three-run blast for his franchise-record sixth homer of the postseason, Hammel and the bullpen do just enough, and Chicago lives to see one more game at Wrigley this year.