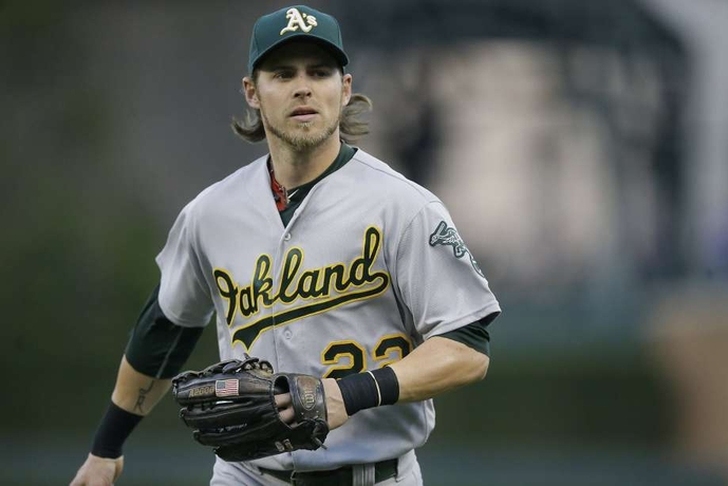 The MLB trade deadline of August 1st is rapidly approaching, and the trade rumors around the Chicago Cubs are starting to heat up. The Cubs are 57-37, and although they lead the NL Central, they've regressed a bit in recent weeks. One thing is for sure though - the Cubs will be buyers at the trade deadline. With that in mind, here all the latest Cubs trade rumors.

Cubs Interested In Josh Reddick?
The Cubs are reportedly focused more on bullpen help (more on that below), but they are checking out outfielders as well.

Sources: #Cubs are looking at Josh Reddick. Bat coming around after missing nearly 6 weeks with fractured thumb. Theo drafted him in Boston.

The ties between Theo Epstein and the Oakland Athletics OF are important. This might be a depth play for the Cubs, as Jorge Soler, Dexter Fowler, Kyle Schwarber and Chris Coghlan are all on the disabled list. But once those players return, there could be a log-jam in the outfield. Expect the A's to move Reddick since he's a pending free agent and the A's are not in the postseason hunt.

Chicago Scouting Yankees?
The Cubs have been linked to deals with the Yankees, and Chicago sent scouts to the Yankees' game last night.

Reps from Cubs, Astros among "a ton" of scouts in the Bronx tonight to see the Yankees. Michael Pineda pitched for NYY.

Luckily for the Yankees, Pineda was sharp in his six scoreless innings. But he's not the likely target for the Cubs. The Cubs reportedly want Andrew Miller (or Aroldis Chapman) and were likely trying to get a glimpse of either. However, neither made an appearance.

Mike Montgomery Trade
In case you missed it yesterday, the Cubs flipped Triple-A slugger Dan Vogelbach and Double-A pitcher Paul Blackburn to the Mariners in exchange for lefty reliever Mike Montgomery and Triple-A pitcher Jordan Pries. Vogelbach will be a much better fit in the AL, where he can play DH. Montgomery fills a major need as a lefty reliever. Both pitchers dealt will be starters in the minors, although bullpen work in the majors isn't out of the question.