Hendricks, Hammel Could Prove To Be A Strength At Back Of Cubs' Rotation 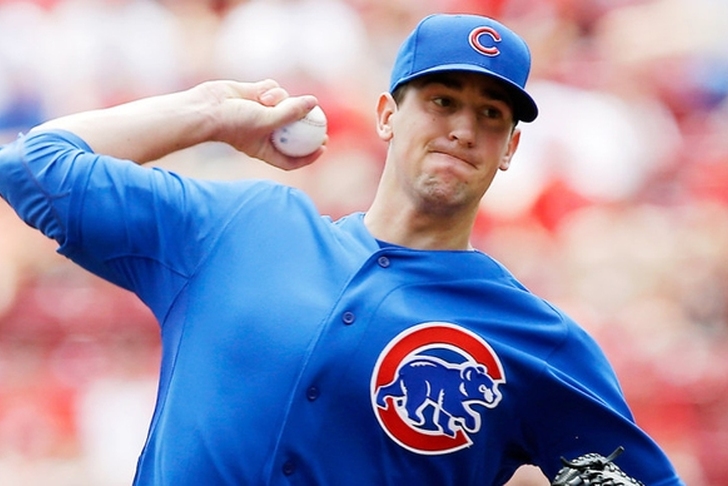 This article is written by Sahadev Sharma, lead baseball writer for The Athletic. You can find him on Twitter @sahadevsharma. The counter-point to this article by Chat Sports' Tom Downey can be found here.

It’s not quite unanimous, but it’s clear the Chicago Cubs are the heavy favorites to win the World Series this season. So, as with any favorite, we have to ask ourselves: Are there weaknesses we’re overlooking?

Last season, the Washington Nationals were favorites and many chose to overlook an inexperienced manager who had already shown shortcomings with his in-game strategy and a bullpen that had suffered multiple high-profile setbacks. Those issues – and more – were exposed in what was a hugely disappointing 2015 for Washington as it won just 83 games and failed to make the postseason.

However, for the Cubs, the potential pitfalls in 2016 may not be as obvious. They have a strong, experienced manager who has control of the clubhouse and makes sound decisions in-game more often than not. They have solid veterans to help build cohesion in the clubhouse and can lead by example on and off the field. They have talented youth who have immense upside and have already shown they can succeed, both in the regular season and under the spotlight of October. They have incredible depth, a talented bullpen and the ability to reinforce any potential issues that may pop up midseason with a strong farm system.

So what are the weaknesses? The most glaring potential one is the back end of the rotation.

Some critics will ignore Kyle Hendricks’ strong peripherals and see a pitcher who doesn’t have a blazing fastball and who is sometimes vulnerable to the long ball, especially when his sinker command is off. With Jason Hammel, it’s easy to look his 5.10 ERA in 14 second-half starts last summer as a major red flag.

Both of these are valid concerns, but it’s also ignoring their strengths and how they’ve worked to improve upon their issues. Hendricks upped his strikeout rate eight points from 2014 to last season to a strong 22.6 percent. He also increased his groundball rate while keeping his walk rate well-below league average at 5.8 percent.

Yes, he can struggle giving up home runs – his 12.4 percent HR/FB rate last season was more than double the rate he posted in 2014. It was particularly an issue when Hendricks was working through mechanical problems during a run that started in late July. Hendricks won’t regularly go seven or eight innings – he threw 180 innings last season, but by making 32 starts, it actually averages to less than 5 2/3 innings per start – but it’s important to realize how the Cubs have built a bullpen with relievers who have worked as starters in the very recent past. That allows them to work multiple innings if needed without putting too much stress on their arms or tiring too quickly.

The issue of innings is also a concern with Hammel. His second-half freefall included him failing to average even five innings per start. It would be easy to point to Hammel’s injury that he suffered prior to the All-Star break as the stem of all these problems, but the Cubs veteran starter has chosen not to go that route. He dedicated his offseason to improving his late-season endurance by changing his workout regimen to focus more on his core and lower body and also improving his diet and his mental approach to the game.

And even with all these supposed problems for the Cubs fourth and fifth starters, they both posted ERAs below the MLB average. Outside of perhaps the Mets, it’s hard to find any team, even the cream of the crop, that has the perfect situation with the back of the rotation. It’s possible that one or both of these pitchers fail to perform at a reasonable level. However, the Cubs bullpen has talents like Adam Warren and Trevor Cahill, both of whom the coaching staff and front office believe can step in and give them quality performances as starters. They also have enough depth in the organization to be aggressive come July if need be and acquire top-tier arms like Sonny Gray or Jose Fernandez, should they become available.

The back of the Cubs rotation shouldn’t be looked at as a weakness just because it has the potential to fail. It’s baseball, failure is an everyday risk. Could the back of the rotation struggle? Of course, but that doesn’t mean it should be viewed as a weakness. And recent history actually suggests it actually could be a strength.