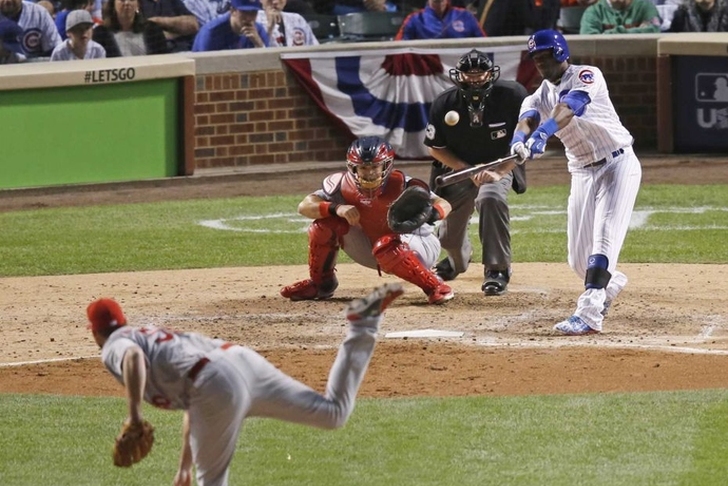 The Chicago Cubs have a chance to advance to the NLCS with a victory over the St. Louis Cardinals today, though the Cards will be fighting like crazy to fight off elimination and force a decisive Game 5. So who will come out on top? Here's our preview and prediction.

Lackey absolutely shut down Chicago's power lineup in Game 1 in a 4-0 win for St. Louis, and the Cardinals need another gem from one of their ace in this one. The Cubs blasted six home runs in Game 3 which not only gave their team a ton of confidence, but kept the rapid fans at Wrigley Field excited, engaged, and loud. Lackey needs to come out and take control early to take the crowd out of the game and frustrate Chicago's hitters.

What They're Saying About Chicago

Confluence of youth, talent has Cubs looking like future legends

Kris Bryant is Baseball America's Rookie of the Year for 2015

What They're Saying About St. Louis

Tale of the Tape: Lackey vs. Hammel

The atmosphere at Wrigley Field will be absolutely electric this afternoon, and that - coupled with the carryover from their amazing power display yesterday - will be enough to push Chicago over the top.