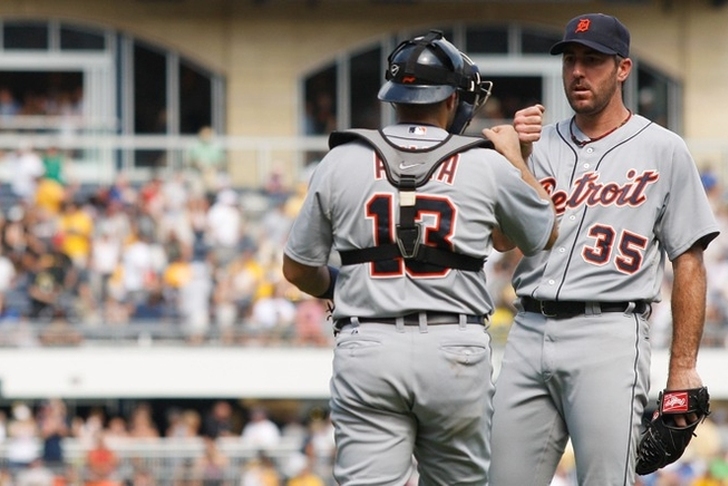 The Chicago Cubs are in talks with the Detroit Tigers about a trade that would send pitcher Justin Verlander and catcher Alex Avila to the defending World Series champs, according to MLB Network's Jon Morosi.

Sources: #Tigers, #Cubs continue to have trade discussions; Alex Avila and Justin Verlander are of interest, but extent of progress unclear.

Talks were previously centered around Avila, but Verlander has now entered discussions. Detroit is aggressively shopping Verlander to get his contract off the books while Chicago wants find long-term replacements for Jake Arrieta and John Lackey.

Both Arrieta and Lackey will be free agents this offseason, so the Cubs want to acquire a second top-tier starter after already trading for Jose Quintana. They have expressed interest in five pitchers in the past few weeks and appear to have turned their attention to Verlander.

Verlander does have a full no-trade clause, meaning he could veto any trade, and is under contract for $28 million per year through 2019. His contract also includes a $22 million vesting option for 2020 if he finishes in the top five in the 2019 Cy Young voting.

Chicago is interested in Avila to serve as the team's backup catcher behind Willson Contreras.