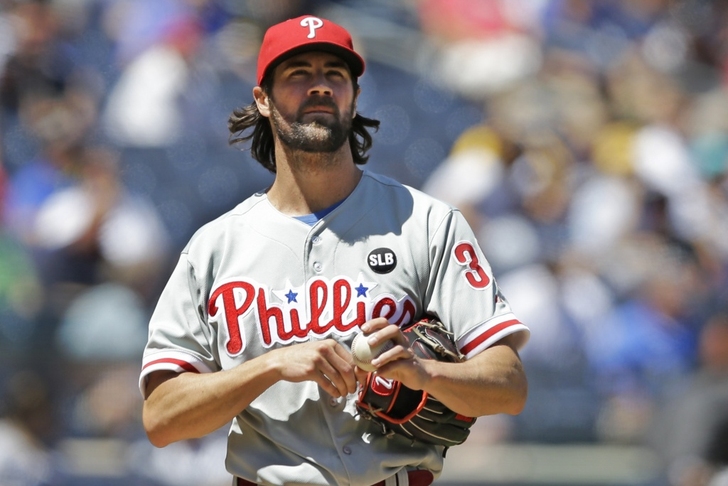 The Chicago Cubs are among the few clubs in serious pursuit of Phillies ace Cole Hamels, according to Fox Sports' Ken Rosenthal.

Chicago has had a heavy scouting presence at recent Hamels starts, and have the high-level prospects - led by Javier Baez - necessary to meet Philadelphia's asking price.

The Phillies have been actively shopping Hamels for almost a year now, but according to MLB Trade Rumors, it's becoming increasingly more likely that Hamels will stay in Philadelaphia.

Interestingly, we’ve recently seen speculation that the Phillies could opt to keep Hamels past the July deadline. Other clubs wonder if uncertainty in the front office has hampered their ability to finalize a deal. As Rosenthal notes, Jonathan Papelbon should have been traded by now.

The Los Angeles Dodgers and Boston Red Sox are also heavily purusing Hamels, according to Rosenthal.