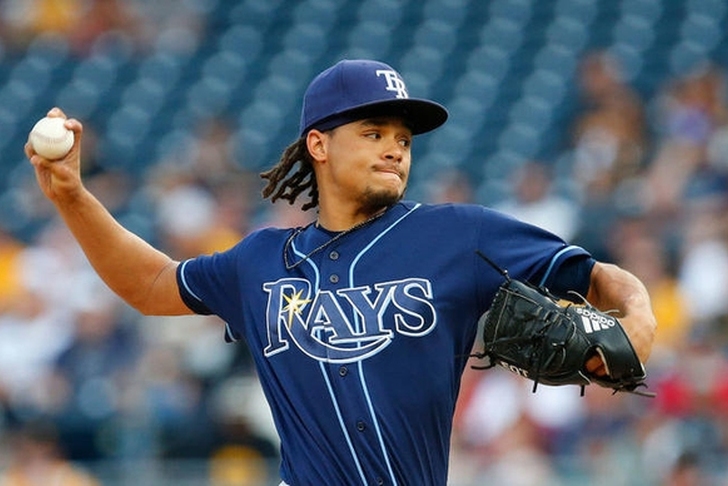 The Chicago Cubs acquired star pitcher Jose Quintana in a trade with the Chicago White Sox, but they are still looking to add another quality starting pitcher.

Chicago wants to upgrade their starting pitching and find long-term replacements for Jake Arrieta and John Lackey, both of whom will be free agents this offseason. As such, they have expressed interest in five players, according to Peter Gammons of Gammonsdaily.com.

They called the Tigers on Michael Fulmer, not available. They checked in on Chris Archer, and were told the Rays think they can make the playoffs and inch closer to a real ballpark. Marcus Stroman would have cost them a player off their major league roster, Gerrit Colewas not available without players off their major league roster. The Athletics talked to them about Sonny Gray, but they preferred Quintana’s consistency, not to mention his contract.

Quintana makes $8.35M in 2018 with options the next two seasons at $10.5M and $11.5M. “Look at the market and look at what’s going to be available and given our need for starting pitching next season, how were we going to build a staff?” said one Cub official. “This is for this season, but it’s for ensuing seasons.”

The Cubs just parted with many of their top prospects for Quintana, so it's unlikely that they would be willing to part with even more highly-ranked players in their system. Kyle Schwarber's name has also been rumored to be on the block.

Chicago is currently 47-45 and trail the Milwaukee Brewers by 3.5 games in the division.