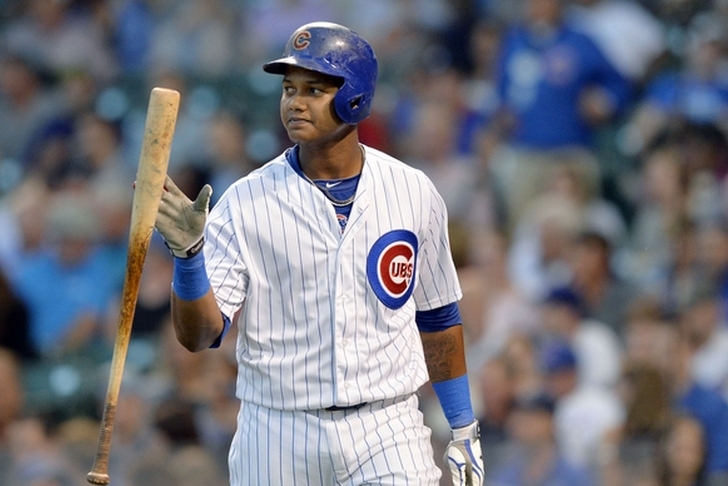 The Chicago Cubs are aggressively shopping shortstop Starlin Castro, according to Jayson Stark of ESPN.com, who says they are “trying to include” him in any deal with other clubs.

Manager Joe Maddon told Castro yesterday that he did not need to worry about being dealt, but as Bruce Levine of CBSChicago.com reported, it was never clear that Maddon’s words weren't meant as an assurance going forward.

Castro has been linked with teams like the Phillies and the Padres in recent weeks. He has four years and $38 million left on his contract after this year (plus an option), which has looked like an asset.

However, Castro is having his second bad season in three years. He owns a .233/.268/.302 line over 399 plate appearances, which falls well below his league-average career output - and metrics suggest he’s slightly to firmly below average on defense.