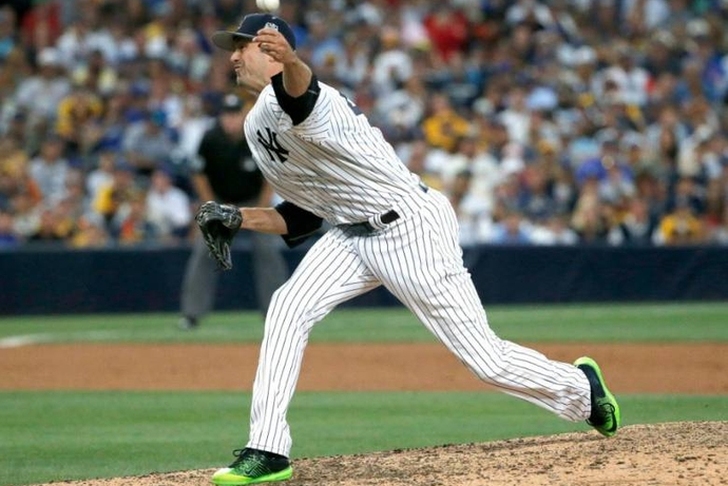 The MLB trade deadline on August 1st is rapidly approaching, and the trade rumors around the Chicago Cubs are starting to heat up. The Cubs are 53-35 at the All-Star break, and although they led the NL Central, they've regressed a bit in recent weeks. One thing is for sure though; the Cubs will be buyers at the trade deadline. With that in mind, here all the latest Cubs trade rumors below.

Cubs to add bullpen help from minors?
Chicago is in the market for pitching at the deadline, but help may be coming from their farm system. According to Chris Kuc of the Chicago Tribune, the Cubs are looking to call up Brian Matusz sooner rather than later:

The left-hander then prepared to pack up his belongings from Smokies Stadium — home of the Cubs' Double-A affiliate — and head west to join the five-man rotation at Triple-A Iowa. Meeting him in Iowa will be six-time All-Star Joe Nathan, who also left the Smokies on Wednesday to continue his rehab from a second Tommy John surgery.

Matusz began the season with the Orioles with whom he pitched portions of eight seasons before a May 23 trade to the Braves and subsequent release. In their on-going search for inexpensive depth on their staff — especially left-handers — the Cubs signed Matusz to a minor-league deal June 15.

Matusz spent the last four years with the Orioles and held lefties to a .186 average last season.

Andrew Miller at top of Chicago's wishlist
Even though they're planning on adding Matusz to their roster, the Cubs do have their eye on Yankees reliever Andrew Miller, according to FanRagSports' Jon Heyman:

As the Chicago Cubs position themselves for the trade deadline, bullpen help is the focus. Andrew Miller is believed to top their wish list of relievers, but the New York Yankees have been unmotivated to move him thus far.

The Cubs would love Yankees reliever Dellin Betances, of course, but “wouldn’t even ask.”