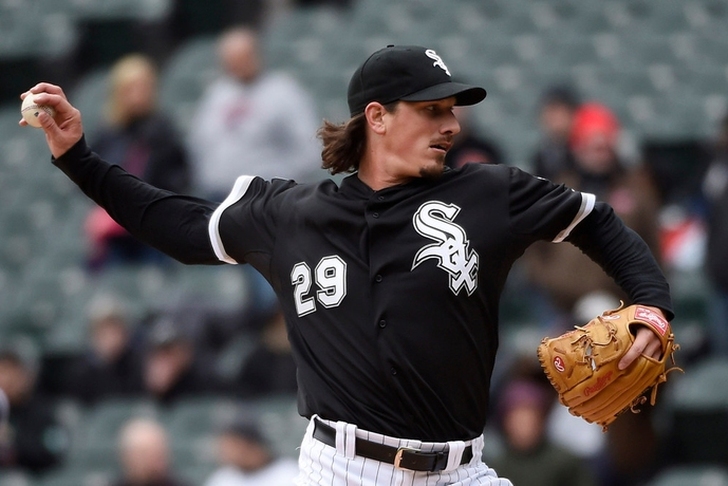 The Chicago Cubs have the attention of consensus #1 free-agent starting pitcher David Price, but what happens if Price decides to chase a more lucrative deal elsewhere? One intriguing Plan B could be a reunion with righty Jeff Samardzija.

"The Cubs still like Jeff Samardzija and aren't ruling out a return to the North Side," CBS Sports' Jon Heyman wrote recently. "Samardzija had his best season there. They offered him $80-85M two years ago, and that seems like a ballpark offer now (it would be a tough sell for the Cubs at least to offer less now that he is a free agent)."

Jeff Sullivan of the Chicago Tribune confirmed the Cubs' interest in Samardzija this weekend, but adds that a reunion will hinge on just how much the team prizes Samardzija compared to other needs. He isn't the "#1 starter" that the Cubs are looking for right now, and they're still going to have to consider the price of extending Jake Arrieta.

With the Cubs reportedly ahead for David Price's signature, Samardzija could be the

Samardzija had an uncharacteristically mediocre 2015 campaign with the Chicago White Sox, posting an 11-13 record with a 4.96 ERA and 1.29 WHIP. It is his post All-Star break performance which could keep his price lower on the market, as the 30-year-old's ERA ballooned to 6.21 while his K/BB ratio dropped from 4.5/1 pre-break to 2.3/1 post-break.

Regardless, Samardzija is a known quantity to the Cubs organization. His stuff is still there, even if his stock has dropped over the past couple of years. There's even the possibility that Samardzija would consider taking a home-field discount to return to his roots at Wrigley. It would make sense, especially since the Cubs would be his best chance at landing a relatively lucrative multi-year deal.