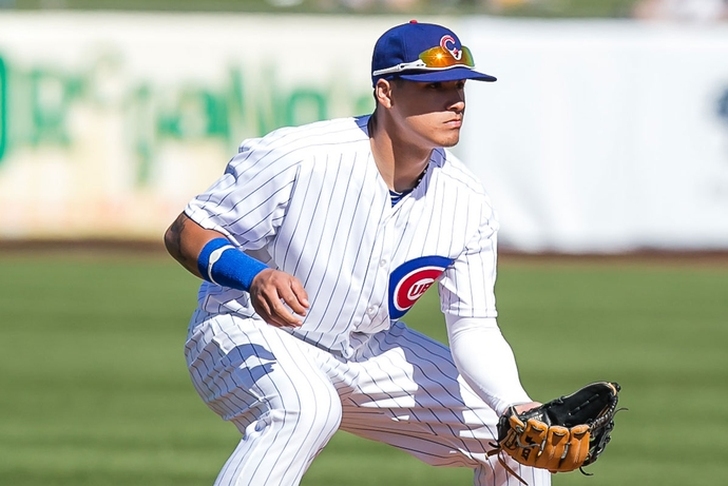 The MLB trade deadline on July 31st is rapidly approaching, and the trade rumors around the Chicago Cubs are starting to heat up. The Cubs are 52-33, and although they led the NL Central, they've regressed a bit in recent weeks. One thing is for sure though; the Cubs will be buyers at the trade deadline. With that in mind, here all the latest Cubs trade rumors below.

Chicago Looking For Bullpen Help?
The Cubs are pretty much set at every spot, except the bullpen. That's why ESPN's Jesse Rogers says the Cubs must find help.

"There is no bigger or more important task for the Cubs' front office than finding bullpen help between now and the July 31 trade deadline," Rogers writes.

There will be options on the market for the Cubs, and they should be able to find an upgrade, or even two, for their bullpen.

Cubs After Andrew Miller?
There's one player in particular the Cubs are after, according to Jon Heyman. It's Andrew Miller, who Theo Epstein is familiar with from their time in Boston. While Miller is at the top of their list, the Yankees aren't expected to move him. Another name Heyman mentions is Braves closer Arodys Vizcaino. However, the Cubs don't have any interest in bringing back Vizcaino, despite his strong play this season. The Cubs sent him out in 2012 in a trade for Tommy La Stella.

Whether it’s for Miller or anyone else, they have zero intention to trade Kyle Schwarber. "Mark it down, he’s going to play left field and hit 35 home runs for the Cubs next year," one Cubs connected person said. Javier Baez also looks like a Joe Maddon favorite, and they see him as a potential 25-homer man and Gold Glove caliber shortstop.

While no player is truly "untouchable" it sounds like it would take a major offer for the Cubs to move Baez or Schwarber. Both young players have bright futures, so the Cubs will need to trade other prospects for pitching help. Heyman mentions that 3B Jeimer Candelario is a player the Cubs could be willing to trade. With Kris Bryant occupying third base for the foreseeable future, Candelario would need to change positions to find regular playing time.

Follow our Chicago Cubs team page for all the latest Cubs trade rumors or download the Chat Sports App!