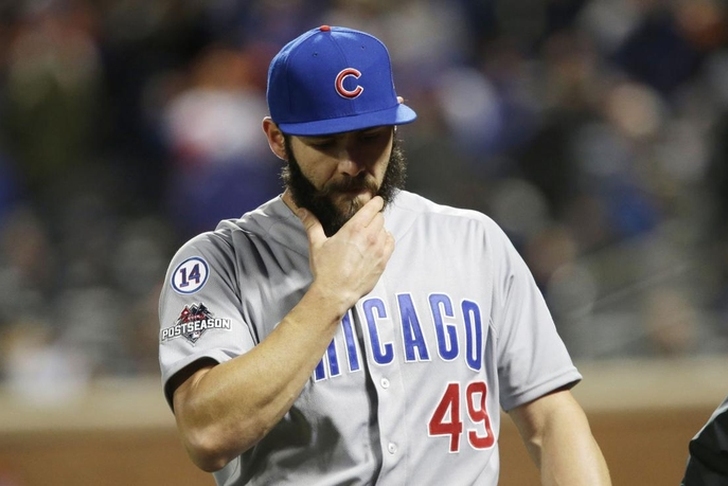 The MLB hot stove has cooled off dramatically after the initial frenzy, but the Chicago Cubs are still trying to make some moves to perfect their roster before the start of the new season. Here are all the latest Cubs rumors you need to know:

Cubs open to Arrieta extension
Cubs ace Jake Arrieta hasn't expressed a lot of optimism in being able to re-sign with the team after the 2017 season, but general manager Theo Epstein isn't so sure, saying the team try to figure out different ways to make it work.

Theo on Arrieta extension possibility: "Years and dollars are always complicated but I'm sure we'll take a stab at it"

Chicago still looking to add starting pitcher
The Cubs are working on bolstering the back end of their rotation, even after losing Tyson Ross to the Rangers, according to Phil Rogers of MLB.com:

Theo Epstein says #Cubs still in market to add starting pitching after #Rangers get Tyson Ross. This should be interesting.

Travis Wood to return?
Another repercussion of Ross signing with Texas could be the Cubs re-signing Travis Wood, according to Fansided's Nicholas D. Blazek:

The Cubs have talked about using young arms with options out of the minors as opposed to spot starters. That conversation could have been sparked by the fact that Trevor Cahill and Wood were both going to be free agents this offseason. While the Cubs have several talented pitchers in the lower levels, there aren’t many that seem ready to make a “permanent” move to Chicago.