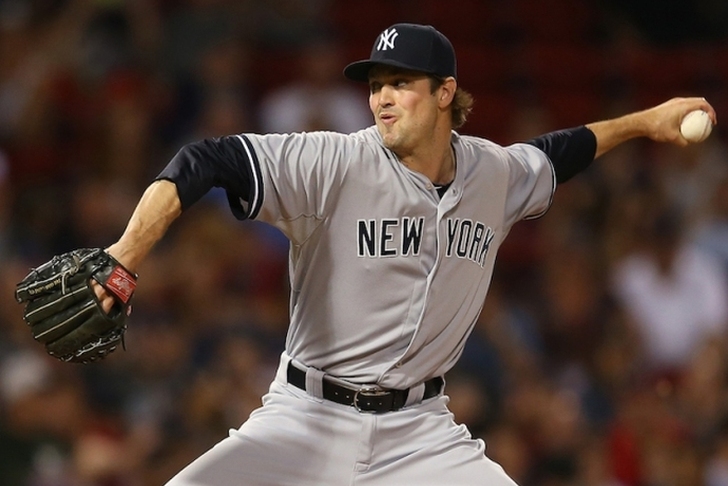 The MLB trade deadline on August 1st is rapidly approaching, and the trade rumors around the Chicago Cubs are starting to heat up. The Cubs are 56-36, and although they lead the NL Central, they've regressed a bit in recent weeks. One thing is for sure though; the Cubs will be buyers at the trade deadline. With that in mind, here all the latest Cubs trade rumors below.

Cubs won't trade Schwarber
Many teams - particularly the Yankees - have been trying to pry Kyle Schwarber away from the Chicago Cubs despite Schwarber's knee injury. However, according to Jeff Passan of Yahoo! Sports, the Cubs are not going to trade the slugger:

Seeing as the Cubs remain favorites to win the World Series even without Schwarber, the question of his dispensability has arisen, particularly seeing as the Cubs need relief pitching and the Yankees have Andrew Miller and Aroldis Chapman. Miller, in particular, is desirable because of his ability to pitch in a setup role and close, plus his reasonable deal that goes through the 2018 season. Chapman would be a rental, and one with baggage from a domestic incident that led to a month-long suspension.

The Cubs, it should be said, do not want to trade Schwarber. The likelihood of them doing it is small enough that even addressing it is probably a time-waster. But the question was posed to a dozen people in the game in recent weeks: Why would the Cubs ever trade a bat like Schwarber’s for a relief pitcher? And only one answer seemed satisfactory.

Yankees general manager Brian Cashman has reportedly put Schwarber at the top of his wishlist, and is dangling both Andrew Miller and Aroldis Chapman in front of the Cubs. However, Chicago has remained steadfast in their desire to keep Schwarber.

Chicago still to acquire Miller from Yankees?
There is a way the Cubs could still acquire Andrew Miller from the Yankees without giving up Schwarber, and that involves giving up several of their top prospects, according to FOX Sports' Dieter Kurtenbach:

It only takes one to break the curse. Acquiring Miller, who has been one of the best relievers in baseball this season, would go a long way to improving the Cubs' only noticeable weakness — the bullpen. Miller, Pedro Strop, and Hector Rondon would make an impressive 7th-8th-9th combination, and Miller, with his 15 strikeouts per 9 mark this season, wouldn't take long to work his way to the end of the line. Miller is on a favorable contract and is under team control for another year, which makes his trade cost prohibitive for plenty of teams. The Cubs have a stocked farm system and nothing to lose. With three hitters in the BA Top 100, they can swing this deal and go for that elusive crown.

Miller has a 1.31 ERA with seven saves in 40 appearances this season. He has served mostly as New York's setup man in front of Chapman, but was to return to being a closer.