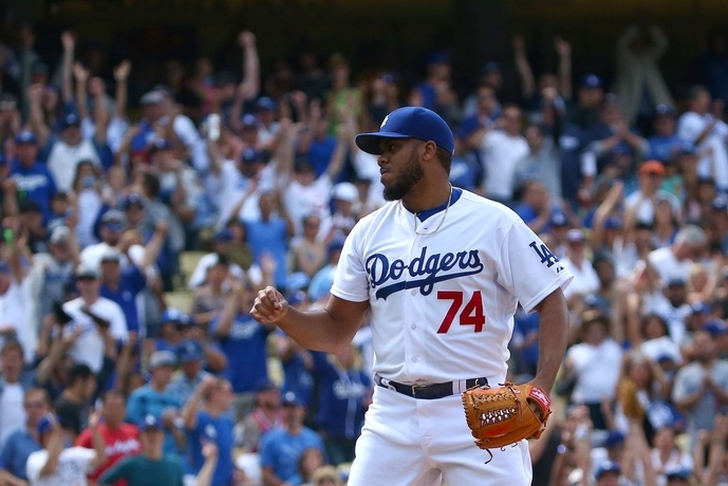 The Chicago Cubs already have a championship-caliber roster, and they're hoping to make the moves necessary to solidify themselves as the World Series favorites again in 2017. As a result, there's plenty of rumors to be had both from the trade and free agency markets. Here's the latest news & rumors you need to know:

Chicago not pursuing Jansen
Chicago is letting star closer Aroldis Chapman walk in free agency as they don't want to come anywhere near meeting his asking price of a $100 million contract, but many expected them to pursue other high-quality options at the position. They have been heavily linked to Dodgers closer Kenley Jansen, yet they don't appear to be pursuing him as they don't want to pay another high-priced player, reports Ken Rosenthal of FOX Sports:

The Cubs have done background work on free-agent closer Kenley Jansen, but their inquiries appear more a matter of due diligence than the foundation of a serious pursuit, major-league sources said.

Team officials repeatedly have said that their combined free-agent investment of $272 million last winter in Jason Heyward, Ben Zobrist and John Lackey amounted to two offseasons worth of spending.

The last thing the Cubs want to do is overspend on a closer when it might cost them the chance to make a run next winter at Japanese pitcher/outfielder Shohei Otani – or pursue other opportunities in the future.

Cubs not looking to trade Jason Heyward
After being Chicago's most notable free agent signing last offseason, Heyward found himself in and out of the Cubs lineup down the stretch due to his on-field struggles. Many assumed that meant the Cubs would look to trade him, but Jon Heyman of FanRag Sports reports that isn't the case:

Some rival execs are assuming Jason Heyward, who had a rough first year offensively with the Cubs, could be available. However, a Cubs person insisted Heyward’s name has not come up in talks.

Cubs claim David Rollins
In some minor league news, the Cubs announced they have claimed left-handed pitcher David Rollins. It remains to be seen how Chicago will use him, but the 26-year-old has had success in Triple A, owning a 2.82 ERA with 7.1 K/9 against just 1.2 BB/9 over 60.2 innings. However, he struggled in the majors last season, allowing 12 hits and seven walks against just six strikeouts in his 9.1 innings.