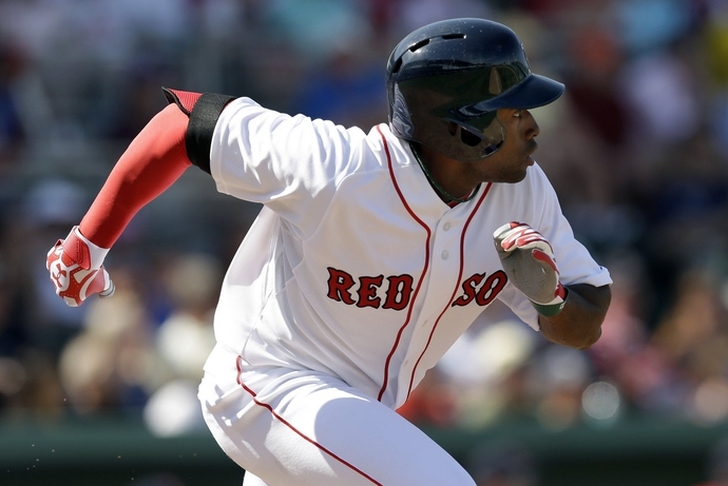 The Boston Red Sox have a wealth of outfielders on their projected 2016 roster, and it's very likely that GM Dave Dombrowski will begin to break up the unit and use one or two players as trade chips this offseason.

According to WEEI's Rob Bradford, 25-year-old Jackie Bradley Jr. could be the first to go. If so, the Chicago Cubs are one of two teams, along with the Kansas City Royals, who have already showed interest.

Bradley is an excellent defender (a Gold Glove finalist in 2014) who has posted a +22 Defensive Runs Saved mark over parts of the past two seasons. He also put up the best offensive numbers of his career in 2015, slashing .249/.335/.498 with ten home runs and 43 RBI in 255 plate appearances. His .833 OPS makes him very intriguing, even if the bulk of that number was courtesy of a month-long hot streak in August. It's also a major boost to his overall value, after he sputtered to a .531 OPS in 127 games back in 2014.

Eligible for arbitration for the first time next winter, Bradley is under team control through the 2020 season. While he'd be a cheap acquisition salary-wise for the Cubs, Boston's asking price in a trade will likely be sky-high thanks both to his relatively low overall cost and the strides he's made as a hitter over the past 12 months or so.