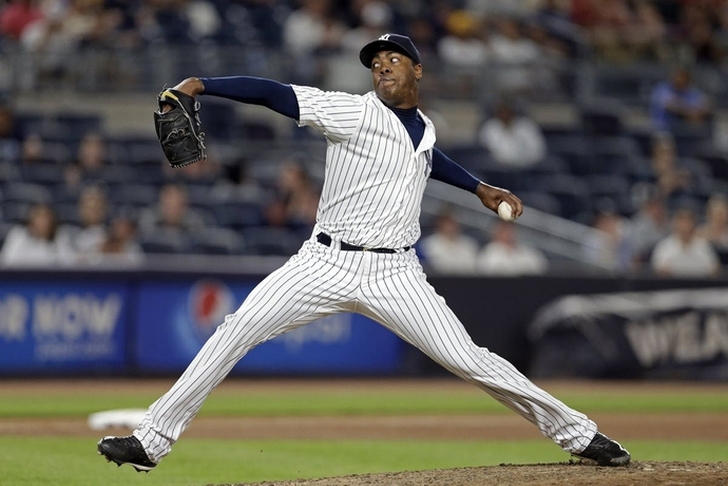 The Chicago Cubs have officially acquired Aroldis Chapman from the New York Yankees in return for two prospects, a bullpen piece and another unnamed player, reports Jon Heyman of FanRag Sports:

Yanks and Cubs have a deal. Torres, mckinney, Warren and likely 1 more to NYY.

Chapman, who the Yankees acquired in a trade this offseason, will immediately take over as Chicago's closer. He has a 2.01 ERA and 20 saves in 31 appearances this season.

Andrew Miller will return to being New York's closer with Chapman's departure, but reports indicate the Yankees will now take offers for him.

Gleyber Torres, a shortstop, is the No. 28 ranked prospect in baseball, and is the headliner going to the Yankees. Billy McKinney is the other prospect included in the deal, and he is batting .252 with one homer and 31 RBIs in Double-A this season.