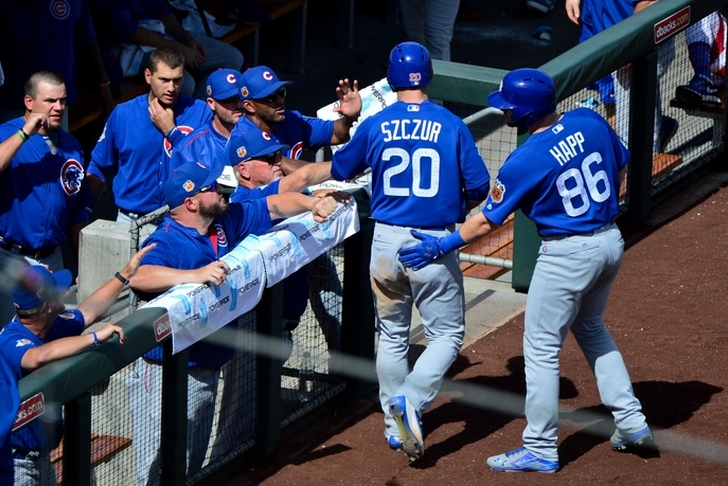 Ian Happ has been the breakout star of spring training for the Chicago Cubs, putting him in the running to potentially take one of the final spots on the major league roster this season.

Tommy La Stella and Matt Szczur are also fighting for their spots at the major league level, but news that the Cubs are trying to trade Szczur signals that they're trying to get Happ to the majors as quickly as possible, according to Nicholas D. Blazek of Fansided's Cubbies Crib:

One of these three will be on the Opening Day roster–and it isn’t going to be Happ. But with the revelation that the Cubs are actively shopping Szczur, it could be possible the Cubs aren’t going to try and hold Happ back any longer than they need to. The MLBPA frowned upon what transpired with Kris Bryant, but that’s worked out just fine for the Cubs.

But holding a player back now–especially after the Bryant fiasco–could draw undue attention to the Cubs. The one thing in the Cubs “favor” is that there’s no clear place for Happ to play. But instead of labeling him as trade bait and dangling him in front of teams, the Cubs may be trying to make room for him however they can.

La Stella has also said that he would accept a demotion to Triple-A Iowa without incident, as last year he refused to report to the team after being sent down.