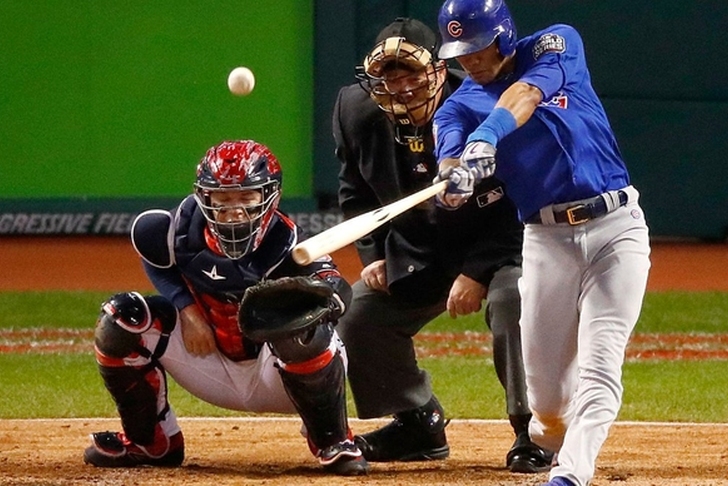 Kris Bryant homered in the first, with Addison Russell adding a two-run double in that first inning. Then in the third, Russell added a grand slam to essentially put the game out of reach. Russell had six RBIs in the game, tying a World Series record.

The Indians scored in the 4th and 5th, but it wasn't enough. The Cubs added two runs in the 9th, because why not. The Indians added a meaningless run of their own.

Arrieta was more than good enough for the Cubs, given his seven run cushion. He went 5.2 innings, striking out nine batters and allowing two runs on three hits. Mike Montgomery pitched a scoreless inning of work before giving way to Aroldis Chapman. Chapman then pitched 1.1 scoreless innings. Up seven runs in the 9th, Pedro Strop and Travis Wood combined to finish the final inning.

Josh Tomlin struggled for the Indians, getting tagged with the loss. He allowed six runs on six hits in just 2.1 innings of work. Dan Otero allowed the Russell grand slam, but the runners were Tomlin's responsibility.