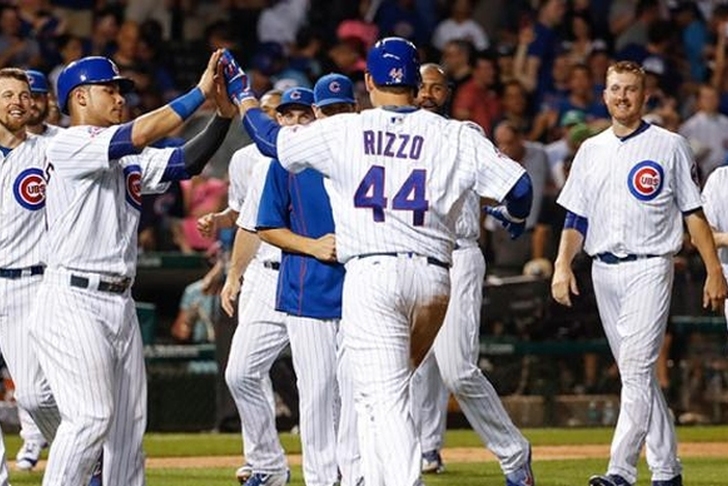 Now, the Curse of the Billy Goat is dead.

Kyle Hendricks gave up just two hits, and the Cubs lit Clayton Kershaw up for seven hits and five runs in just five innings as they grabbed the 5-0 win.

Chicago got things started with two runs in the bottom of the first, and after adding another in the second, Willson Contreras blasted a shot over the left field fence to give them a 4-0 lead.

Just for insurance, Anthony Rizzo hit a solo homer of his own to make it 5-0.

All of the Cubs 1-4 hitters (Dexter Fowler, Kris Bryant, Rizzo and Ben Zobrist) recorded an RBI in this game, with Fowler and Rizzo both going 2-4 from the plate.

The Cubs will now face the Cleveland Indians in the World Series. Game 1 is set for Tuesday at 8:07 pm ET on FOX.