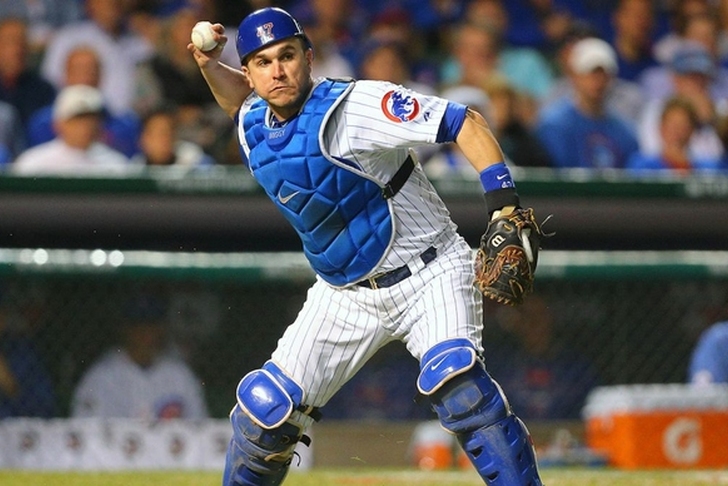 The Chicago Cubs made a pair of roster moves before their Saturday game against the Pittsburgh Pirates. The team announced that they activated catcher Miguel Montero from the 15-day disabled list and designated OF Ryan Kalish for assignment to make room on the 25-man roster.

Montero appeared in 13 games before going on the DL with a back injury. He was hitting .208 with a home run before being shelved. He was eligible to return from the DL on Tuesday.

The Cubs will now have three catchers on the active roster with the activation on Montero. He joins Tim Federowicz and David Ross. They'll all share time behind the plate while on the roster.

"It gives us more freedom to do things in the latter part of the game," Cubs manager Joe Maddon said. "You've seen us pull catchers for different maneuvers. 'Fed' has forced our hand to do this because he's played so well and he looks so good. That's how we chose to do it. It can change, but for right now, we thought it was the right thing to do."

Kalish is expected to clear waivers and return to Triple-A. He was 2 for 7 in the seven game he played in while on the roster. He was on fire in minors, posting a .368 batting average, four doubles and two triples.

Follow our Chicago Cubs team page for all the latest Cubs news!