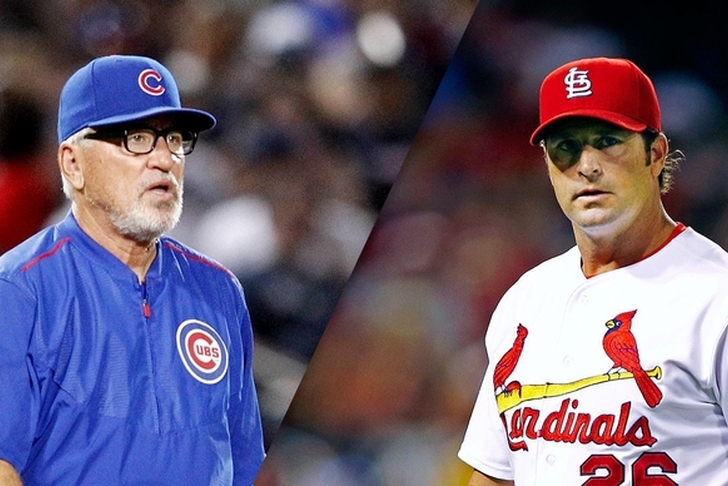 The Chicago Cubs rode Jake Arrieta's arm to a 4-0 NL Wild Card Game win over the Pittsburgh Pirates. Now, they've got to deal with another NL Central rival -- the St. Louis Cardinals -- in what promises to be one of the most memorable and hotly-contested Division Series matchups we've seen in a long time. Who's got the edge? Here's our Chicago Cubs vs. St. Louis Cardinals Series Preview & Prediction.

Who you got? The feel-good Cubs or the playoff regulars, the St. Louis Cardinals? It's one heck of a rivalry to begin with, but there's plenty of added subtext when it comes to Chicago's quest for its first World Series title in nearly a century. This is also the first time that these two teams have faced off in the playoffs since their rivalry began in 1903.

St. Louis put together a 100-win season despite a rash of significant injuries, and they're coming to this series with their rotation set and an offense that is stacked one-through-eight. On the other side, the Cubs only get to utilize staff ace Jake Arrieta once this series (unless there's a later relief stint) after he blanked the Pirates in the NL Wild Card Game. He'll get the ball in Chicago to start Game 3.

Experience vs. youth. Model franchise efficiency vs. the Cinderella story to end all Cinderella stories. These teams are as evenly matched as they've been in years, so expect the slimmest of margins or the slightest of mistakes to prove the difference.

What They're Saying About The Cubs

Chris Coghlan Back In The Lineup For Chicago

What They're Saying About The Cardinals

How Far Will The Cardinals Go?

Jon Lester is the forgotten ace in this series. His importance has been minimized in the press both due to his blowup in last year's AL Wild Card Game (with the A's) and his much-publicized yips when it comes to keeping runners honest with a pickoff move. Arrieta's the ace now, but this is Lester's time to reassert himself as the playoff force he was with the Red Sox. He wins two, the Cubs get major contributions from Kris Bryant and Anthony Rizzo, and the Cubs move on to the NLCS for the first time since 2003.