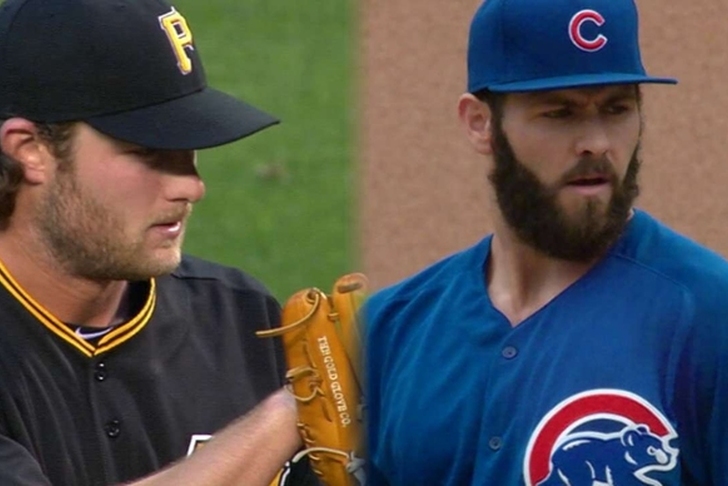 We've got an NL Central showcase on our hands in tonight's NL Wild Card Game, as the Chicago Cubs prepare to take on the division rival Pittsburgh Pirates in front of thousands and thousands of screaming Buccos fans at PNC Park. First pitch is at 8:08pm EST on TBS. Who's got the edge? Here's our preview & prediction for tonight's contest.

Some of the upcoming Division Series Game 1 matchups may get more love from the casual fan, but you're not going to get a better pitching duel this postseason than Jake Arrieta vs. Gerrit Cole. Arrieta has given up a "WTFOMG" FOUR earned runs over his last 12 starts (88.1 innings). Cole has emerged as the ace Pittsburgh knew he was going to be all along. If either team is going to break through offensively in this game, it'll have to be early before this guys get into Terminator killing rhythm.

There's no way that Arrieta's historic two-month stretch ends here. He goes eight strong in this one, giving up a barely-scratched across run. Either Rizzo or Bryant get a big blast on the other side, and the Cubs head to St. Louis for one of the best/most entertaining NLDS matchups we've seen in years.