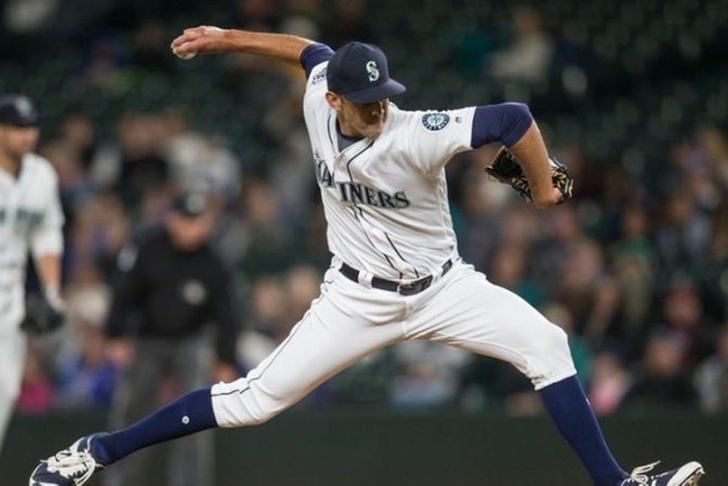 The MLB offseason has been heating up since the Winter Meetings started this season with the Yankees trading for Giancarlo Stanton and the Angels signing Shohei Ohtani. Following their first World Series victory since 1908, the Chicago Cubs finished the 2017 season with a 92-70 record, winning the NL Central. The Cubs have been busy at the Winter Meetings and show no signs of slowing down. Here are the top rumors surrounding the Cubs that you need to know.

Cubs Sign Closer Steve Cishek
The Cubs grabbed another relief pitcher from the Winter Meetings Thursday, agreeing to a multi-year contract with former Marlins and Mariners closer Steve Cishek, according to Chicago Sun-Times.

In his six seasons with the Marlins, he recorded 94 saves, proving to be a reliable late-inning guy. The 31-year-old started the season with the Mariners before he was traded to the Rays, pitching 44.2 innings last season while posting a 2.01 ERA.

Scott Boras is trying to engage the #Nationals on Jake Arrieta, sources say. The Nats already have $385M invested in Max Scherzer and Stephen Strasburg. But that hasn’t stopped Boras from making his pitch to Ted Lerner.

The Nationals have a strong history with Boras clients, but the club already has a lot of money tied up in key players and Bryce Harper. In the late hours on Wednesday, Jon Heyman of FanRag Sports reports that the Nationals aren't sure they can afford to sign Arrieta.

Nats aren’t sure they have the money for Arrieta so they’re looking at trades first. Archer, Odorizzi are on their radar. Greinke may be too. Remember, Nats gm Mike Rizzo once agreed to trade for Greinke (Zack invoked no-trade that time)

Arrieta reportedly wants somewhere around $200 million and if this is true, the Nationals may have to turn their attention somewhere else.

Expect relief arms to keep coming off board this quickly. Hector Rondon could sign soon, with HOU and WSH among suitors, per source. Same on Fernando Rodney, with TEX, MIN, ARZ, NYM, DET among interested clubs.