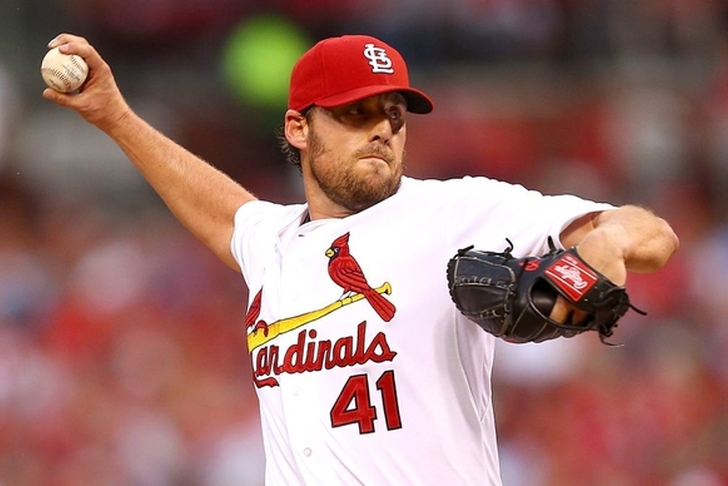 The Chicago Cubs made a move to bolster their starting rotation on Friday, agreeing to a two-year deal with veteran righty John Lackey.

As Rosenthal said, Lackey's contract is pending a physical. However, it appears a foregone conclusion that he'll be reunited with former Boston Red Sox teammate Jon Lester in the Cubs' rotation.

At 37 years old, Lackey wasn't going to be able to command a three- or four-year deal like other pitchers in the tier below David Price and Jordan Zimmermann. However, he'll still be making in the neighborhood of $16-17 million per year with the Cubs over the next two seasons.