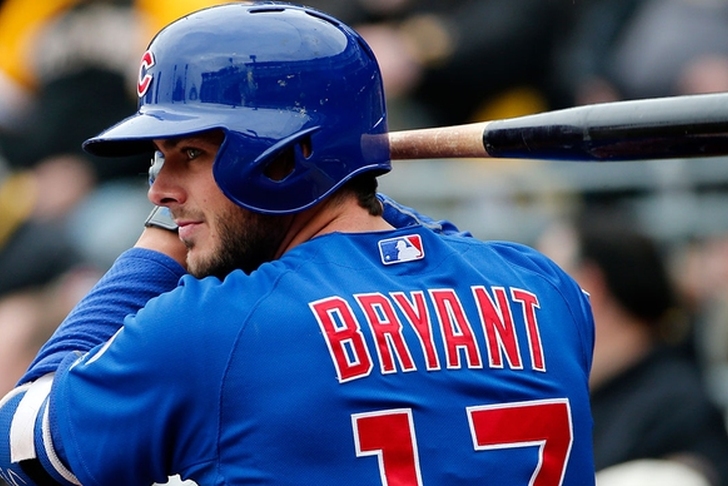 Chicago Cubs rookie Kris Bryant's breakthrough rookie campaign has officially been recognized, as the 23-year-old third baseman was voted National League Rookie of the Year on Monday in landslide fashion.

Bryant set franchise rookie records with 26 home runs, 99 RBIs, 62 extra-base hits and 273 total bases. He also tallied 31 doubles, scored 86 runs and drew 77 walks. The only other player in MLB history to reach those plateaus for home runs, RBIs, runs, doubles and walks in his rookie year was Ted Williams back in 1939.

The fifth Cubs rookie to be named to an All-Star Game roster, Bryant is the youngest Cubs third baseman to receive an invite to the All-Star Game since Ron Santo back in 1963. What's even more remarkable is that he did so with a near three-week handicap, since he was not promoted from Triple-A Iowa until April 17th.

The young Chicago star played in 136 games for the team at third base, but he also five games in right field, four games in left, one in center and one at first base. He made just one error in his final 25 games at third.