Why you should watch the Chicago Cubs this season 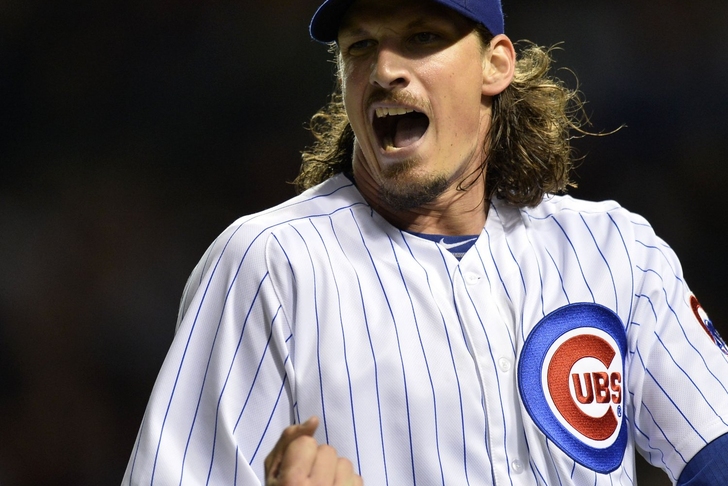 If history repeats itself (which it seems to have been doing for the Cubs franchise for the last century and change), this year will not be any better in the win-loss column.

However, fans still have reason to show interest in the team. Help is on the way.

If things go according to plan, next year’s team will be the first with plenty of youthful talent. Some of those pieces are already on the north side, while others are waiting in the wings at Iowa and at other locations in Cubs bountiful farm system.

For the casual fan, this season will be season as a disaster. Yet for the avid fan with an eye

for detail, there is plenty to watch, even at the major league level.

Anthony Rizzo is entering his second full season with the big-league club. Fans are still

somewhat unsure of what he can do. He has shown flashes of brilliance, driving in runs and being a formidable threat in the middle of the order. Yet he has often been prone to dry spells for weeks on end. The latter is unacceptable if he has any hopes of being a cornerstone for the team’s future.

This season he is off to an impressive start, hitting .333 with two home runs and eight RBI through 18 games. If he can maintain consistent production through the remainder of the season, Theo and company have their man at first base. If not, it may be time to look elsewhere, namely via free agency or trade.

Starlin Castro is another mystery to Cubs fans. Castro is entering his fifth season with the

big-league club despite having just turned 24 last month. Castro turned heads with an impressive showing in his first season, hitting .300 over 125 games. He continued to progress in his sophomore season by hitting .307. However, his 96 strikeouts compared to his 35 walks raised some red flags.

His numbers began to decline in 2012 as he hit .283. He also received criticism after forgetting how many outs there were in the midst of a June game at San Francisco, allowing the tying run to score. Criticism came frequently for Castro last year, as he struggled in multiple facets of the game. Along with hitting a career-low .245 and striking out 129 times, he committed 22 errors and was pulled from a game on August 17 after forgetting the number of outs.

Some wondered if Castro’s struggles were tied to a disconnect between the shortstop and coaching staff. Castro is hitting .288 with nine RBI through 18 games under Rick Renteria.

Castro undoubtedly has reason to look over his shoulder. Javier Baez is waiting in the

wings at Triple-A, and his primary position is shortstop. While the team is preparing Baez to move to second base, prospects Arismendy Alcantara and Albert Almora are also middle infielders. If Castro does not prove that he is a definite piece of the Cubs future, he will likely be on his way out sooner than later.

Other players on the big league team who will be worth keeping an eye on this season include Wellington Castillo, Junior Lake and Jeff Samardzija, all who have potential to play crucial roles in the team's future or who will may bring in pieces via trade.

Come August and September, the team will likely bring up the likes of Baez, Bryant and others.

The future is closer than it appears. Until then, there are enough pieces on the field to whet the appetite of the fans.