Why Tom Ricketts is running the Cubs into the ground 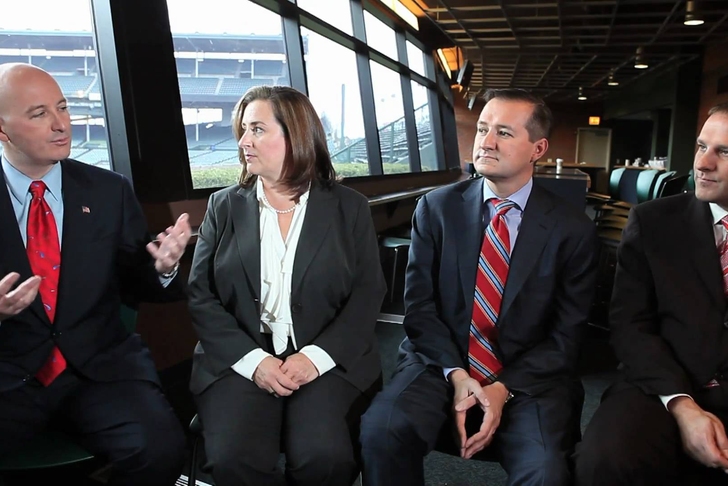 I was recently chatting with a fellow Cubs fan, commiserating about the most recent collapse we had witnessed the night before. He sarcastically muttered, “It doesn’t get any better than being a Cubs fan.” He paused for a minute, and realized the irony of what he had just said. “Really. It doesn’t ever get better.”

Having been on this earth for only two decades, my heartbreaking experience pales in comparison to those who have been around for the crushing seasons of 1969, 1984 and so on. However, I have experienced only two types of Cubs season­–misery from the start, or the false hope of contention pulled out from underneath–namely 2007, 2008, and part of 2009. While one could debate as to which is the more painful experience, the fact remains that “the lovable losers” mantra only goes so far.

If the Cubs do not produce a squad that consistently wins in the near future, the effects on the franchise could be detrimental.

While there is no doubt that the Ricketts family was handcuffed slightly by the actions of the previous owners and wanted to go in a different direction, there is something to be said for the fact that Chicago is Chicago. Chicago is a tourism capitol, has the third largest television market in the nation, and the Cubs generate consistent revenue through ticket sales even when the team is floundering.

Fourth highest may be pushing the limits of wise monetary spending, especially when considering the return on investment…but twenty-third?

rooftops, their hope to create a television station similar to what the Yankees have with YES, and a myriad of other excuses to attempt to justify the lack of spending. But the fact is, their tight fists are hurting the team.

In order to develop major league talent, spending money is a necessity. Quality free agents have the ability to help a team, and Epstein is in a daydream if he hopes to have an entire lineup filled with homegrown players. Yet, it is hard to attain quality free agents without spending top dollar.

In the Cubs’ defense, they have made several attempts. They went all-in on Tanaka this winter and still came up short. They are too smart to waste money on less than stellar talent, and the free agent market has been thin in recent years.

Nevertheless, the team needs to make a statement to its fan base that it is committed to winning now. A great first step would be to sign Samardzija to a long-term deal sooner than later. The longer the team waits, the less likely it will be to happen.

If not Samardzija, then there are other plausible options. Max Scherzer is a free agent this winter and the Cubs are rumored to have shown interest. If not Scherzer, then someone like James Shields may be a good pickup­–a young arm with a lot of upside and plenty of good years left.

Whatever the case may be, it is time for the Cubs brass to stop waiting for a mythical

tomorrow in which all of the pieces will fall into place. It does not take a rocket scientist to see that even if the prospects do pan out, it will be numerous years before the team is competitive. Unless, of course, they get some outside help.

Learning from the past is healthy. The Cubs have learned from the past, but now they are dangerously close to falling off the other end of the spectrum.