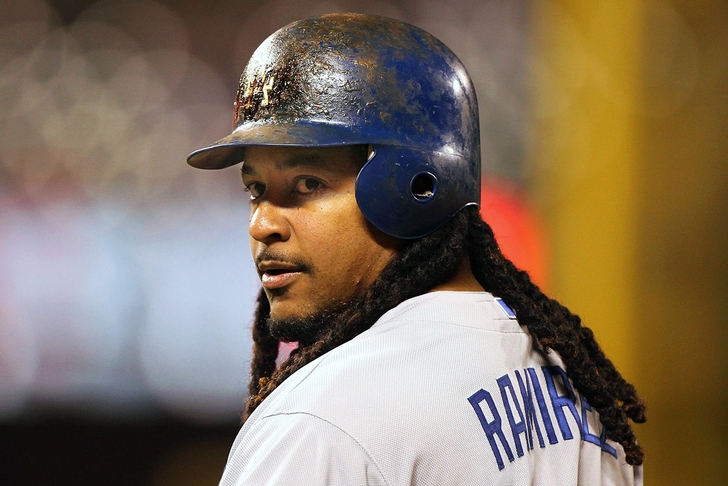 Manny can resume being Manny.

Theo Epstein announced Sunday that the Cubs have signed the former Boston Red Sox slugger to a player-coach contract at Triple-A Iowa.

"Manny is not only one of the best hitters of all time, he is also a dedicated student of hitting and has proven to be a gifted teacher with younger teammates who have worked with him in the batting cage,” Epstein said in a statement. “Behind the scenes he has always been a tireless worker who is very serious about the craft of hitting.”

Epstein is familiar with Manny’s histrionics on and off the field, having been at the helm as general manager of the Boston Red Sox during Ramirez’s tenure with the team. Epstein did address Ramirez’s scarred past.

“Manny has made real mistakes in the past but he has owned up to them and moved his life in a positive direction the last couple of years. He is in a really great place right now and wants to share the lessons he's learned along the way. We think he deserves another chance and that our young hitters will benefit from it."

Epstein clarified that Ramirez “is not and will not” be a part of the big-league club.

So, is this anything more than a nice PR move and an attempt to infuse some sort of life into a languishing franchise?

One look at Ramirez’s career statistics provide a rather sound answer.

Regardless of his past with PED’s, Ramirez has been regarded as one of the smartest minds in the game, which undoubtedly played a large role in his overwhelming success on the field. “The game is 90 percent mental, the other half is physical.”

I can think of nothing better for young players than to rub shoulders with a baseball genius on a day-to-day basis.

While players are surrounded by coaches all the time, Manny will be able to offer a

different perspective. If it can be experienced over the course of a career, Ramirez has likely seen it. He has handled the ups, the downs, the media (in Boston, nonetheless) and has excelled throughout.

The Cubs have had several players recently (does the name Starlin Castro ring a bell?) who have drawn criticism for lacking the mental aptitude needed to compete at a high level.

While Manny may not be much help in regards to focus, he will have a wealth of information regarding the intricacies of the game, both those things that occur between the lines and outside them.