Why Kris Bryant's promotion could catapult the Cubs into contention 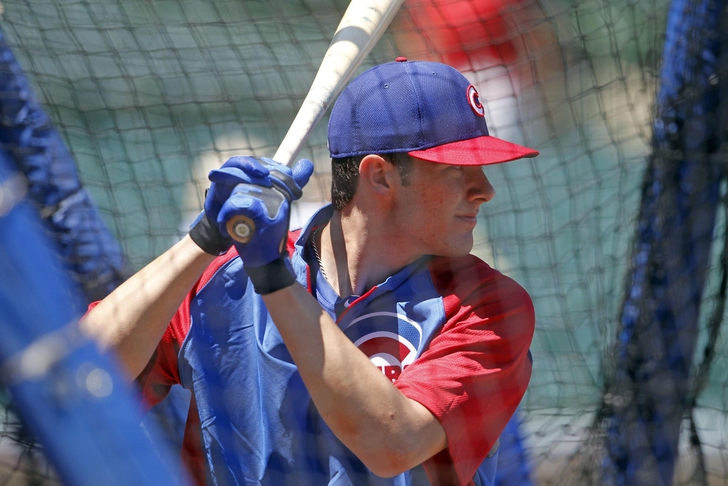 Cubs fans have been clamoring for the future of the franchise to make an appearance at Wrigley Field for years, but the team has continued to wallow in mediocrity.

With the booming emergence of Kris Bryant at Double-A Tennessee, the future could be

now - with a gutsy move from management.

Bryant’s stat line–.357/22 home runs/55 RBI in 63 games–leaves fans starstruck over what could become of the young phenom.

Despite Theo Epstein’s policy of developing prospects until they are ready beyond a shadow of a doubt, it’s time to scrap the blueprint and do something bold. Bring Bryant up, and don’t stop there.

The trade deadline in July is quickly approaching. After the deadline passes, the Cubs lineup could look as follows:

With two moves—the promotion of Bryant and Baez—the Cubs offense goes from mediocre to powerful. Castro and Rizzo, who have been productive this season as it is, all of the sudden have protection. Even Valbuena has been productive at third base.

So, Theo, what do you have to lose? An increase in ticket sales and attendance, increased interest from the fan base, and a better product on the field?

The Cubs currently sit only seven games back in the Wild Card race. If they can cut that to four by the All-Star break...

Crazier things have happened. A revamped offense would certainly help their case.

The future is now. It's time for the powers that be to put their plan in motion.