Why Javier Baez should be at Wrigley Field: A plea to Cubs President Theo Epstein 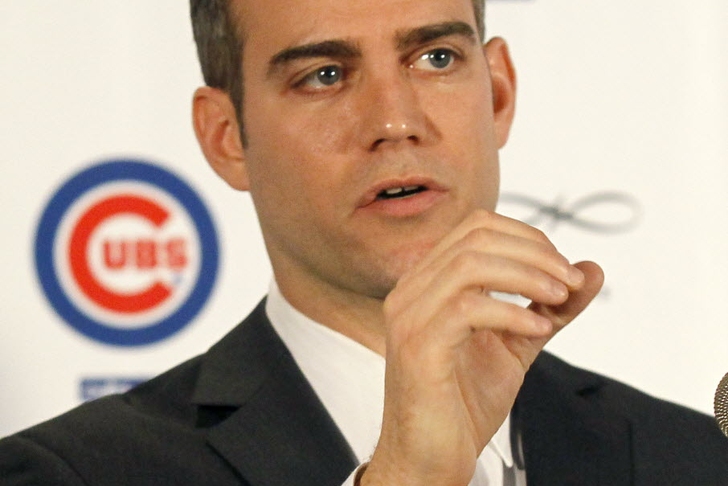 When you took over as President of Baseball Operations in the fall of 2011, I was

ecstatic. I remember thinking that this was finally the break that the team needed, that years of success were only months away.

Then you stepped to the microphone.

You talked about how there are no quick-fix solutions to building a team the right way, how it would take years to build from the ground up, and how fans would question your ability to effectively run the team.

To your credit, you were right in all of those statements.

Since you took over, I have watched the team and fan base suffer through two years of a combined 197 losses. With the team off to a 4-10 start this year, that number looks to be nearing 300 by the end of this season.

To your credit, you have stocked the farm system with loads of talent. Albert Almora, Javier Baez, Kris Bryant and CJ Edwards have fans clamoring for 2015, 2016 and beyond.

But what about now?

You have consistently insisted upon not overspending for free agents. In many ways, this is a good thing. The last thing this team needs is another Alfonso Soriano-esque contract. Even you have admitted that Edwin Jackon’s four-year, $52 million contract was a bit much. You went all-in on Tanaka, and came up short. It’s hard to outbid a team that practically invents the money it spends. There are no other free agents currently on the market who are worth spending money on.

No matter how many fans come through the turnstiles of Wrigley Field simply because it is Wrigley Field, the stands will be inauspiciously empty this summer if there isn’t something exciting to watch.

Pieces of the future are already in the big leagues. Rizzo, Castillo, Castro and Lake

provide a taste of what is to come. Why not bring up the rest of the crew? Win or lose, I would pay (even the absurd amount you are charging) to see a lineup that includes those players plus Baez and Bryant, among others.

The notion that the players will suffer if they struggle at the big-league level due to a lack of development is a valid concern. But quite frankly, the current team is not major-league quality anyway.

The team on the field tries hard; they hustle; they give it all they have on a day-in and day-out basis. But simply put, they are not good enough to compete.

If the Chicago Cubs were to play their Triple-A affiliate, I would bet the kids win seven of ten games.

What do you have to lose? Please, if for no other reason than to create some buzz around the franchise and put an end to the lull that we have suffered through for far too long, break from your regimen that is set in stone.

It most certainly could not get any worse.