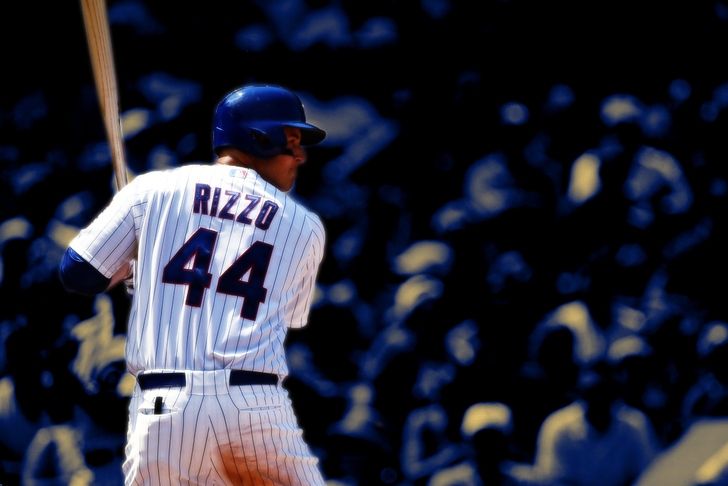 Based on the latest National League All-Star ballot update, Anthony Rizzo’s name doesn’t even register as a blip on the radar screen. However, a quick glance at his statistics shows that Rizzo is one of the premier players at his position.

The numbers tell the story. Rizzo ranks in the top five among National League first

So, why is it that Rizzo’s name isn't mentioned along with Freeman, Paul Goldschmidt, Adrian Gonzalez, Justin Morneau and Brandon Belt - the current NL voting leaders at first base?

Unfortunately, the All-Star game has turned largely into a popularity contest rather than an honor for the game’s elite. The teams represented by the five leading vote getters mentioned above include Pittsburgh, Los Angeles, Atlanta, Colorado and San Francisco.

The common denominator among those teams? All of them are in the thick of the playoff hunt or have made a name for themselves among casual baseball fans.

Make no mistake, all of the aforementioned players are stellar. They most definitely deserve All-Star consideration. However, the fact that Rizzo is not considered among the elite at his position makes a laughingstock of the All-Star recognition process.

Something must be done in order to make the All-Star process more than a popularity contest. Unfortunately, the Cubs’ roller-coaster ride between mediocrity and atrocity during Rizzo’s tenure means that he is far from a well-known name among baseball fans. Therefore, he gets a pass when fans go to vote.

If a fan is still undecided as to whether or not Rizzo deserves the All-Star nod, consider this—where would the Cubs be without his bat in their lineup?

The answer is horrifying to contemplate.

Nonetheless, one of the game’s elite may find himself at home as his peers are applauded during the All-Star festivities in Minnesota.