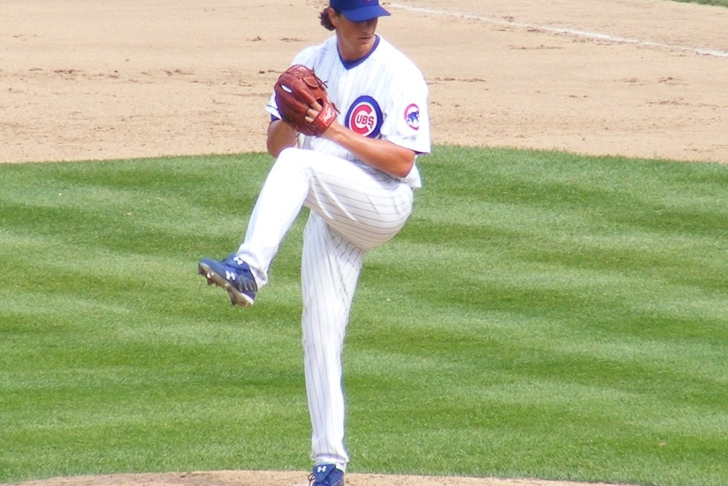 In tonight's looking to trending Cubs news, a surprising contender in the A.L. East could end up being a surprising frontrunner to acquire the services of Chicago Cubs ace Jeff Samardzija.

Per John Harper of the New York Daily News, one American League was asked if the A.L. East-leading Toronto Blue Jays are for real: “They are if they trade for (Jeff) Samardzija,” an American League executive said on Thursday. “And I’ve got to believe they’ll go hard for him. They went all in last year because they thought the division was there to be taken.'

"Well, now it is, and they’ve put themselves in position, but they probably need another front-line starter," the anonymous executive added. "Why wouldn’t they do it?”

One of the reasons the Toronto Blue Jays may consider not doing it is the price they may have to pay in order to land Samardzija: "But would the Jays give up promising 23-year-old righthander Drew Hutchison, who has been solid for them in his rookie season? Baseball people feel they’d probably have to as part of a package for Samardzija."

That's tough to say - especially since they're no guarantees that Samarzija would stay with the Jays after next season.