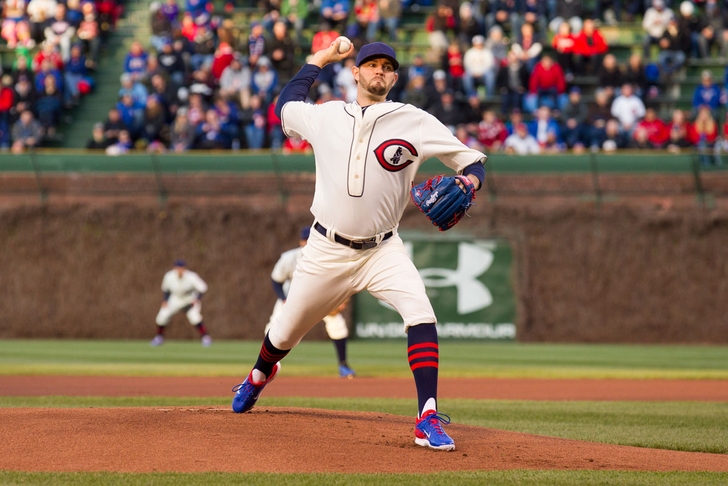 In today's Cubs news update, the Chicago Cubs seem content in looking a year or two ahead with their big-league roster, as they are seeking potential trades for starting pitchers Jeff Samardzija and Jason Hammel.

Per Gordon Wittenmyer of the Chicago Sun-Times, "sources say the Cubs already have had trade talks with multiple teams regarding Samardzija and right-hander Jason Hammel. The Braves, Mariners and Blue Jays are among the most interested, with one source suggesting offers already have been made by at least two teams."

Another source cited by Wittenmyer believes that the Seattle Mariners are the frontrunners to land Hammel.

While Jason Hammel has emerged as one of the best pitchers in the National League this year, a potential trade of the home-grown Jeff Samardzija may be the biggest (and most risky) decision of general manager Theo Epstein three-year tenure with the team.

Chicago Cubs fan? Here's some other team pages to follow: