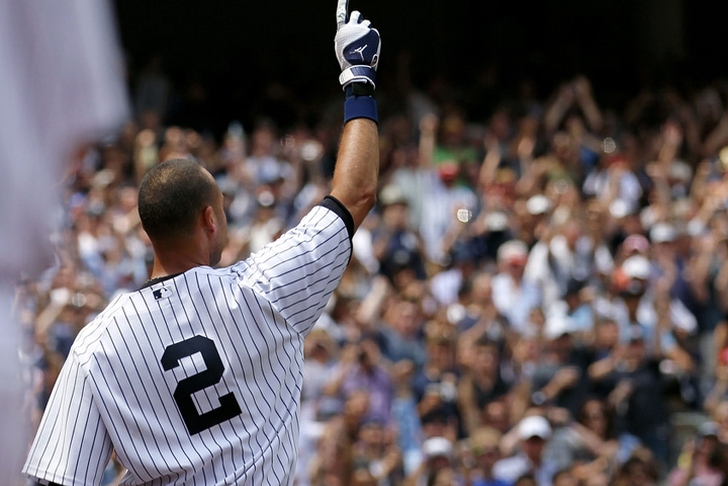 There isn’t much to say about Derek Jeter’s illustrious career that hasn’t already been said. Therefore, given his otherworldly career numbers and the particular atrocity of this year’s Cubs squad, I decided to take a look at how the Captain compares to the boys in blue.

Coming into the Yankees' first game of the series versus the Cubs, Jeter has seen action in 2638 games over 20 seasons. The longest-tenured Cub on the roster, Starlin Castro, has played in 646 games over six seasons.  The next highest game total for a Cub? Darwin Barney with 498.

Jeter has accumulated 3553 hits in his career, good for ninth on the all-time list. He needs 66 more to pass Carl Yazstrzemski, a seemingly attainable milestone. Castro once

again leads the Cubs squad with 735 career knocks. The career totals for the entire Cubs starting lineup on Sunday, May 18, totaled 2189. (Note: I even included pitcher Travis Wood’s career totals–his 36 career hits are more than two players in the Cubs' starting lineup...how’s that for some perspective?)

The Captain spent his entire career donning Yankee pinstripes. Meanwhile, the average number of teams for those on the 40-man Cubs roster is 1.9. This is due in large part to the relative youth of the current Cubs. “Joureymen” Edwin Jackson and Luis Vizcaino have both pitched for five big-league squads over the course of their careers.

Jeter has hit 257 career homeruns. The Cubs' current leader is Anthony Rizzo with 45. The Cubs lineup from the aforementioned May 18 game totaled 179 career home runs as a unit. (I included Wood once again. He has seven career jacks, three more than Ryan Kalish.)

Jeter is a 13-time All-Star. Starlin Castro is a two-time All-Star while Wood and Jackson both got the nod once for a total of four appearances on the 40-man roster.

Jeter has played in 158 playoff games over the course of his career. The total number of playoff games played by members on the Cubs roster (none of which were in a Cubs uniform) is 34. Nate Schierholtz appeared in 11 games while with the San Francisco Giants in 2010. Edwin Jackson saw action in nine games in two years.

Jeter has five World Series rings to his name.

The Cubs roster collectively has two–one for Edwin Jackson as a Cardinal in 2011 and one for Nate Schierholtz as a Giant in 2010.

There are two ways to look at the above comparison–either the Cubs are atrocious, or Jeter is one of the all-time greats. Of course, it's ultimately a mixture of the two. Enjoy your brief stay at Wrigley this week, Jeter. The game will miss you.