Getting To Know Ian Happ, The Chicago Cubs' 1st Round Pick In The 2015 MLB Draft 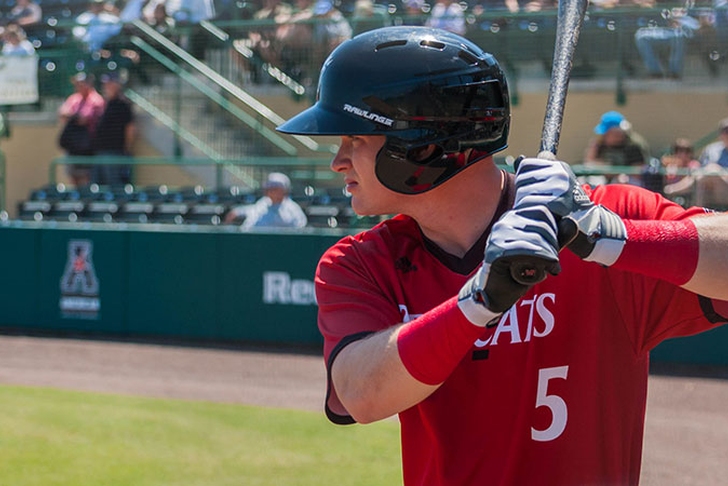 The Chicago Cubs selected OF Ian Happ out of Cincinnati with the No. 8 overall pick in the 2015 draft.

Happ stands 6’0″ and weighs 205 lbs., and has a lethal combination of power, speed, and arm strength. Here’s MLB.com‘s scouting report of Happ:

Happ ranked as the top position prospect in the prestigious Cape Cod League in each of his two summers in college. A switch-hitter who's better from the left side of the plate, he has good balance and controls the strike zone well. Add in some deceptive strength, and he should hit for average and power.

Happ played mostly second base in 2013 and does have solid speed and arm strength, so a pro team could try him in the infield. But he lacks smooth infield actions, hasn't played regularly on the dirt since his freshman year and fits best on an outfield corner.