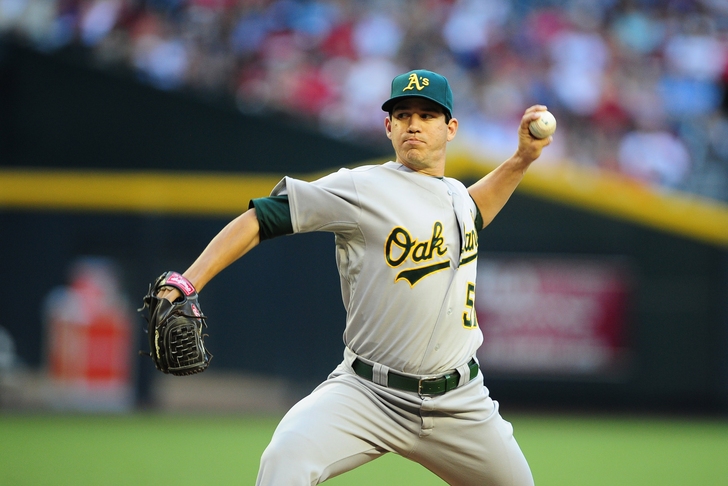 In today's Cubs rumors and news update, one writer believes that recently-demoted A's pitcher Tommy Milone's recent trade request could once again spark up talks between the Oakland Athletics and Chicago Cubs.

According to Randy Holt of Athletics Nation, the Cubs and A's would likely both make out very well in such a deal:

The Cubs are in a spot where they need to acquire young pitching. This isn't a buy-low type of situation, but the A's have the ability to move a guy at a position where they now have some depth and acquire a piece where they could use some help. The Cubs have multiple pieces at the second base position that could intrigue Billy Beane. Luis Valbuena is in the middle of a fine season and has the versatility to play multiple positions on the infield. He's reaching base at a .331 clip and there's definitely some pop in the bat.

Milone has pitched just under 500 innings in the big leagues with an ERA under 4 and has multiple years left of cost-effective team control on his deal. He was sent down to Triple-A after the A's acquired Jeff Samardzija and Jason Hammel, subsequently requesting a move.

The Cubs would likely have to put together a decent-sized trade package for Milone, especially with the team-friendly terms of his current contract. However, it could make sense for president Theo Epstein to do so in order to slot Milone into the Cubs' youth movement going forward.