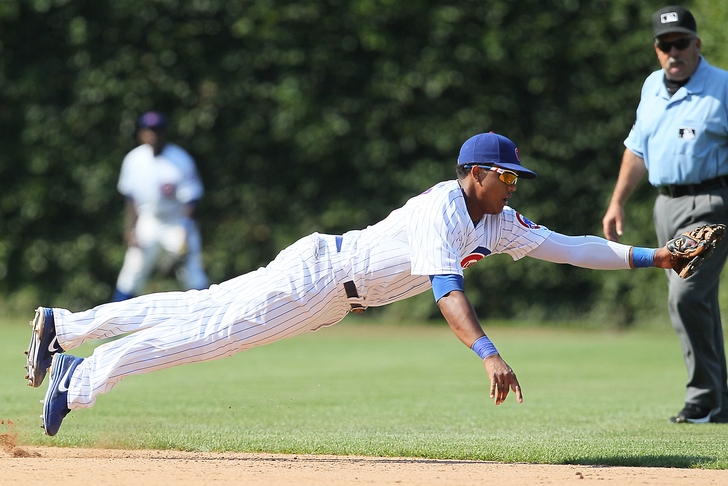 In this look into the world of Cubs trade rumors, many Chicago Cubs fans have expressed worry over the possibility of a trade that would send talented young shortstop Starlin Castro out of town.

However, according to Newsday's David Lennon, not only is Castro not on the block, but a position change could already be in the works for the 2015 season:

Talked to source familiar with Cubs thinking. Said don’t expect Starlin Castro to be traded this season. Also could be moved to 3B for ’15.

Castro appeared in his third All-Star Game on Tuesday night. That's no small feat for a five-year pro who still seems to be tapping into what his full potential might bring.

The Cubs are well aware of that potential, seemingly marking him as an integral part of their long-view plan when it comes to rebuilding.