Cubs Trade Rumors: Starlin Castro update, on or off the table? 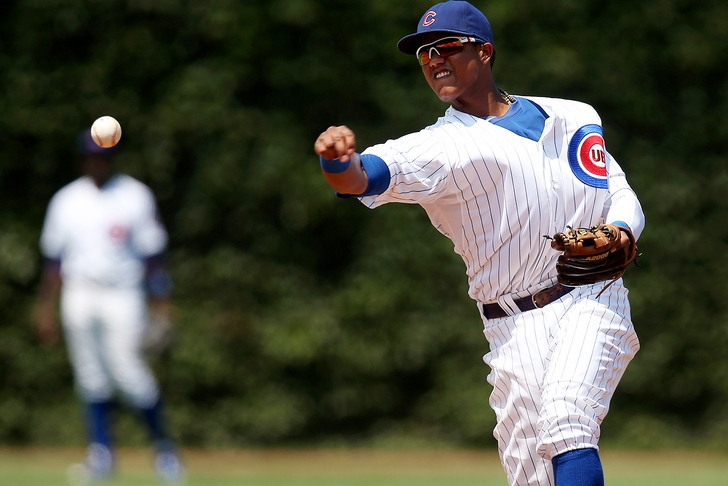 According to Jon Morosi of FOX Sports 1, the 24-year-old phenom remains in the team's plans at least for the immediate future:

Starlin Castro has drawn some trade interest, but the Cubs do not plan to move him this month, sources say. @FOXSports1

The general feeling around Chicago in the wake of the acquisition of super-prospect Addison Russell earlier this month was that Castro would eventually become expendable. Cubs president Theo Epstein hasn't been shy about dealing away top MLB talent to build the team's long-term fortunes, with most analysts assuming that Castro could experience a similar fate.

However, with Castro now seemingly off the table (and reportedly moving to third base in 2015), the Cubs could very well have a left side of the infield in 2015 consisting of Castro at the corner and Triple-A standout Javier Baez slotting in at short.