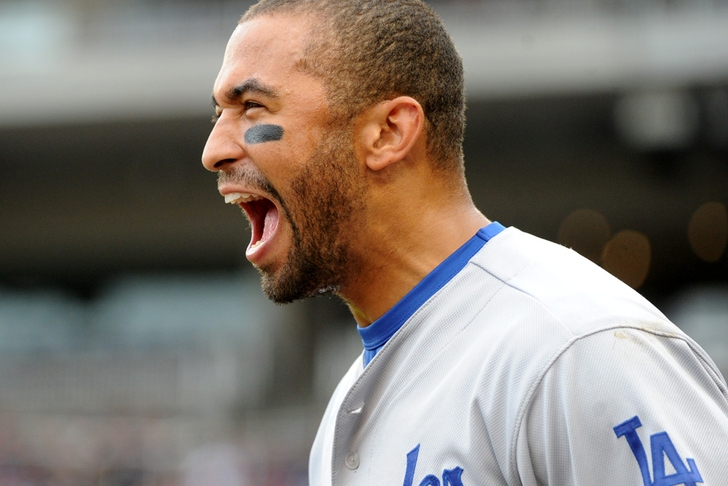 In today's Cubs trade rumors and news update, the Chicago Cubs could very well look at Los Angeles Dodgers outfielder Matt Kemp prior to the trade deadline - provided that the Dodgers are willing to assume the majority of Kemp's monster contract as part of any hypothetical deal.

Here's Dan Schmelzer of Vavel with his thoughts on why the Cubs should take a good, hard look at Kemp while the Dodgers are shopping him:

If they wish to trade Kemp, the Dodgers will surely have to eat a large portion of his contract, and even then, they should not expect a large return.

There will certainly be teams willing to take a chance on Kemp, but it will have to be at a discounted price. He is unlikely to ever get back to the player who he was in 2011, but a change of scenery could do him some good.

The Chicago Cubs are a team who seem to be in a good position to take a chance on a change of scenery making an impact for Kemp. While the Cubs are struggling along at the major league level once again this season, the future appears to be very bright on the North Side of Chicago. Not only are Anthony Rizzo and Starlin Castro proving themselves to be great players, the Cubs have the most talented minor league system in all of baseball.

Kemp has been adamant about his desire to start in center field (or in the outfield in general), but diminishing returns and a stockpile of talent have made him the odd man out for the majority of the past couple months in Los Angeles.

If the Cubs feel that Kemp could thrive without such a logjam ahead of him in the outfield, it is possible they could try to swing something prior to the July 31st non-waiver trade deadline.