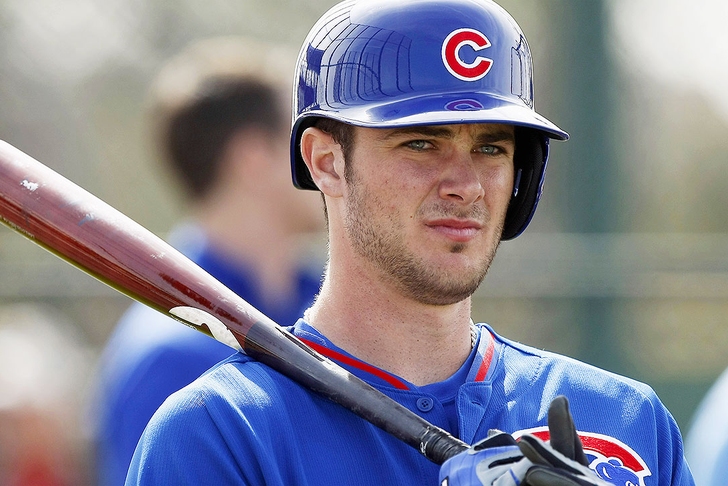 Chicago Cubs team president Theo Epstein has heard all the rumors about the team's reported plans to send outfielder Kris Bryant down to the minors to start the season, thus ensuring that the team can hold on to him for one more year on his rookie deal.

However, Epstein says that such a move wouldn't be motivated by financials -- at least not directly.

"I've never put a guy on an Opening Day roster who hadn't played in the big leagues previously. In 13 years, I've never done it," Epstein told ESPN. "I'm not saying I'd never do it, but the general rule, the presumption, is to allow those guys to go out, play, get comfortable, get in rhythm, and come up when you handpick just the right moment for them to have success."

"I know you think it's about the business side of the game," Epstein added. "We haven't even gotten there because we're focusing on the baseball part of the game and his development. We'll see what path he follows."

If Bryant breaks camp as a member of the MLB squad, he can become a free agent after the 2020 season. The Cubs can keep control over him until 2021, however, if Bryant stays in the minors until at least mid-April this season due to MLB rules on big-league service time.