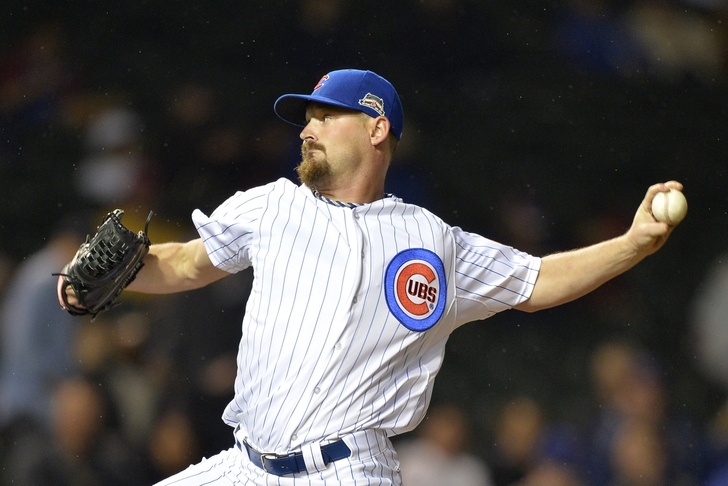 The Chicago Cubs have set their starting rotation for the opening of the 2015 MLB season, and lefty Travis Wood has been tabbed as the team's fourth starter over veteran Edwin Jackson.

While Wood technically won the fifth and final spot in the rotation, he'll slot ahead of Kyle Hendricks for the time being.

Both Wood and Jackson gave up nine earned runs each this spring, but it's Wood's K/BB ratio (13/3) and undeniable upside that has him in the rotation over Jackson at this juncture.

Follow our Chicago Cubs team page for the latest Cubs rumors and news!