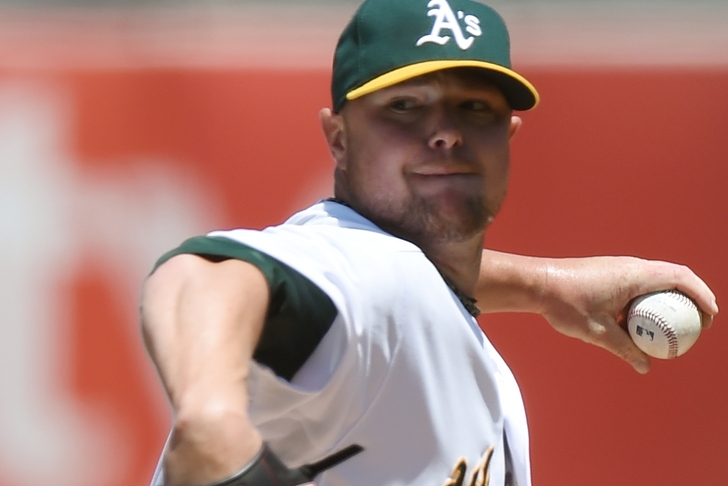 Two aces up the Chicago Cubs' sleeve appear to be the major deciding factor in why free-agent lefty ace Jon Lester chose Chicago over the World Series champion San Francisco Giants and his former team, the Boston Red Sox.

According to Jeff Passan of Yahoo! Sports, "no matter how many times the Red Sox apologized for screwing up by lowballing him, and no matter how much effort the Giants put in to convincing Lester he was the vital piece to their next championship, nobody could match the trust forged by Theo Epstein and Jed Hoyer, architects of the teams that won Lester a pair of World Series rings in Boston."

Hoyer and Epstein were both insistent enough to show Lester their true interest in landing him and coy enough to allow him to make up his own mind in due time. That paid off in the form of a six-year, $155 million deal.

In the end, Lester trusts Hoyer and Epstein's vision because it's paid off with rings for him twice before. All three hope that 2015 proves the third time is the charm.