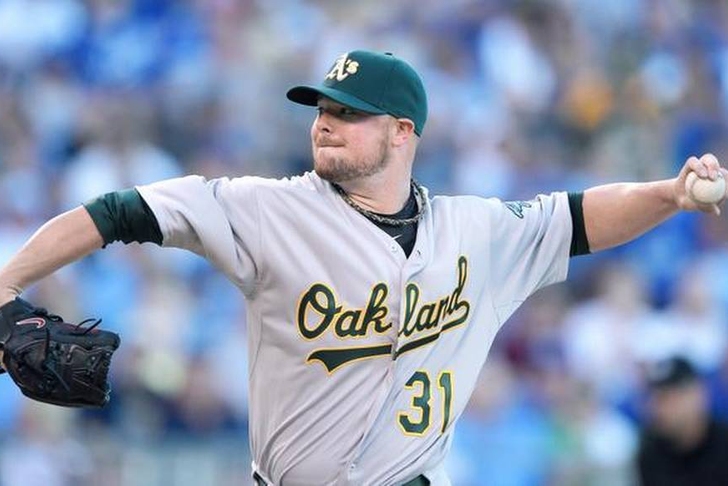 By trading for Arizona catcher Miguel Montero and bringing Jason Hammel back to town, the Cubs signaled that they're playing for keeps this year. Theo Epstein isn't done yet, though, and there are a number of potential moves still in play...

Lester is the biggest prize in the pitching market, and the Cubs are one of several teams in hot pursuit. The Cubs, the Dodgers, San Francisco and Boston have both extended offers in the six-year, $150m range, and a mystery team (possibly the Yankees) has a seven-year, $175m offer on the table.

Lester's decision may not come until Wednesday, and there are rumblings that the size of the offer matters much less than the organizational fit.

Masterson has received offers from both the Rangers and the Red Sox, but Chicago is one of three teams that wants to do a little more homework before going all in. CBS insider Jon Heyman says the Cubs are potentially interested in a sitdown with Masterson, who already has meetings scheduled with the Marlins and White Sox.

Boston is believed to be leading the race for Masterson right now, but multiple outlets have reported they're only offering a one-year deal. If Chicago's meeting with Masterson goes well, they'll know he's probably available if they're willing to make a multi-year commitment.

Now that Montero is officially on his way to Chicago, the Cubs are faced with a dilemma: how do they work him into the lineup with Welington Castillo already starting at catcher?

The Cubs are now looking to deal Castillo, according to Yahoo's Jeff Passan. As a 27-year old starter with solid stats and a comparatively low salary, Castillo will probably fetch a decent return...but there's been no reported interest just yet.

Several teams have reportedly inquired about Starlin Castro, but the Cubs have refused to listen to offers. Castro may become available down the line when Javi Baez and Addison Russell are moving in on his playing time, but until that happens the Cubs are adamant about keeping the 24-year-old shortstop.