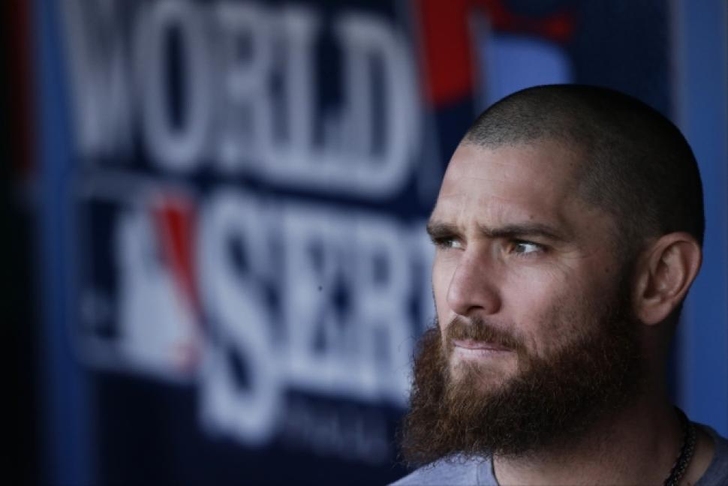 They already snagged the prize of the offseason by bringing in Jon Lester, but the Cubbies aren't done yet. Chicago is still pursuing several targets through trades and the free agent market...let's break down the latest rumors as of Thursday evening:

The Cubs would love to bring in Gomes to add power and depth in the outfield, and it's only logical after Gomes followed Jon Lester to both Boston and Oakland. Buster Olney first reported Chicago's interest, and while it's still early, we're hearing there's a very good chance a deal gets done.

The Cubs would like to sign Jonny Gomes, who has a history with Joe Maddon in Tampa Bay.

The Cubs are one of five known teams with interest in Ross, another former Lester teammate who would add depth behind the plate. Boston, San Diego, Atlanta and Arizona are all reportedly interested, and we'd expect the 13-year veteran to make a decision in the next few days.

That Player To Be Named Later...

Oakland still owes Chicago a PTBNL from the Jeff Samardzija trade, and we still aren't 100% sure who it's going to be...but we know it won't be pitcher Raul Alcantara. Alcanatara was rumored to be the guy, but several A's writers ruled him out on Wednesday. With the deadline approaching rapidly (Monday 12/15), we expect to find out soon.

The Cubs also owe a PTBNL to the Red Sox to finish off the Felix Doubront deal, and we're hearing that could be done by Friday afternoon.

Castillo is not being actively shopped, but the Cubs will listen if a team comes in with the right offer. Adding another catcher (say, David Ross...) would likely lead to the Cubs pursuing a deal more aggressively.

Jeff Wilson of the Fort Worth Star-Telegram (the #1 guy for Texas Rangers news & rumors) reports that the Rangers have interest in Travis Wood.