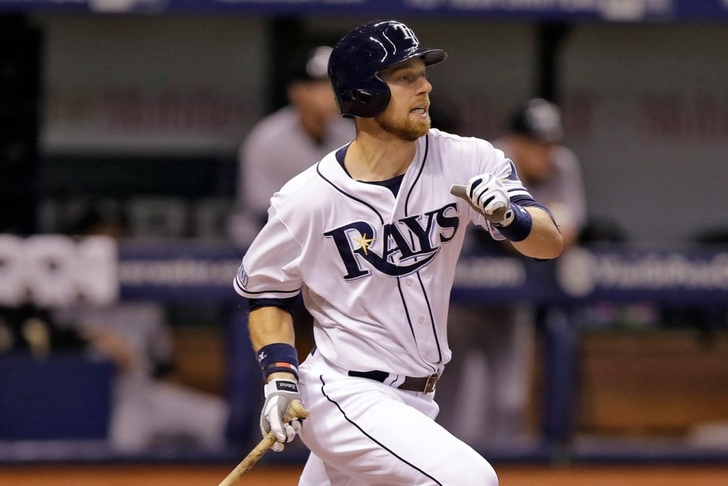 The Chicago Cubs embarked on one of the most impressive offseason retooling projects in recent history over the past two months, vaulting themselves from also-ran status to legitimate contender with a flurry of trades and signings.

According to Bruce Levine of CBS Chicago, there is one more name out there that the Cubs shoulder consider before Opening Day - Tampa Bay Rays infielder Ben Zobrist:

Zobrist can play four or five positions with the same efficient results. This makes him the focal point of a manager’s aggressive late-game moves. We are talking skill positions that include the middle infield as well as both corners of the outfield. He also played seven games in center field last season.

Zobrist's RBI production dropped from his average of 75 per season to 53 in 2014, but Levine argues that Zobrist's versatility and affordable $7.5 million price tag in the final year of his contract make him a perfect option for the Cubs if they're willing to give up the prospects necessary to get him.