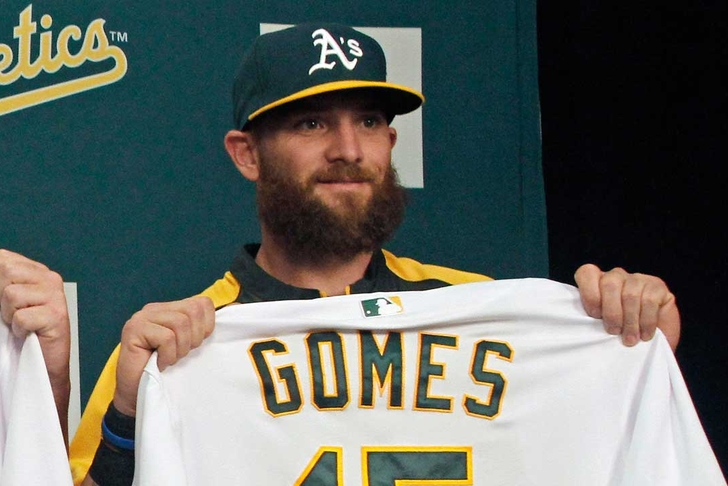 The Chicago Cubs are on the lookout for a veteran glue guy to add to their clubhouse, with Nick Cafardo of the Boston Globe listing Nick Swisher and Jonny Gomes as potential options for the club.

In the case of Swisher, Cafardo lists the Cubs as one of several teams who could make a play for the Cleveland Indians slugger on the trade market:

The Indians would like to trade him because they acquired Brandon Moss from Oakland. Tampa Bay, Toronto, Baltimore, San Diego, Milwaukee, and the Cubs (who would love to add a veteran leader), could be possible trade partners.

Jonny Gomes might be a more likely fit for Chicago, with the free-agent market for reserve outfielders not exactly popping at the moment:

Gomes could wind up with Jon Lester and David Ross with the Cubs to add some veteran presence to a young outfield. It’s been slow going in the reserve outfield market. “He’s still an effective player. He works for a team that’s on the verge and on a team like the Cubs or Astros who need a veteran presence,” said one National League GM.

Add in Gomes' Red Sox connections to Lester and Ross, and he appears to be an extremely viable option for the retooling Cubs.