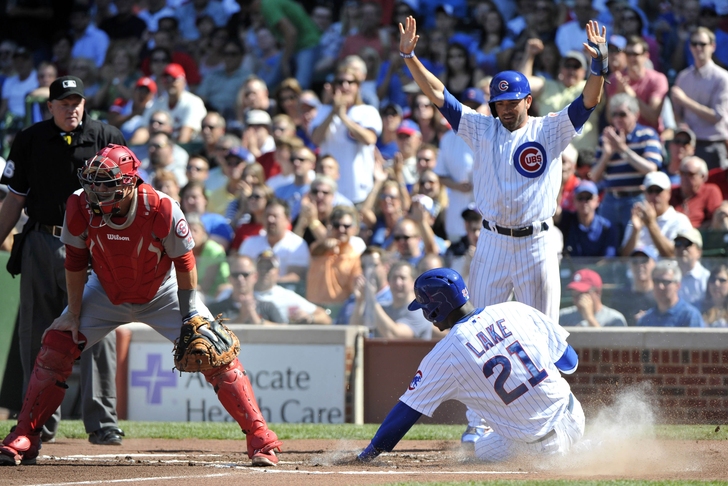 In this Cubs rumors and news update, Chicago Cubs outfielder Junior Lake's name is being bandied about as a potential trade chip for the team as they continue to stock their farm system.

According to Mario Salmanca of iSportsWeb, one potential fit could be the AL Wild Card-contending Seattle Mariners:

A possible destination for Lake could be with the Seattle Mariners. The Mariners have been looking to add outfield help, specifically a right-handed bat with power. Lake fits the bill and is also young enough that he could make sense for the future as well. A trade of Lake could be similar to what the Cubs did with Tyler Colvin a couple years back in which they traded him to the Colorado Rockies to get a change of scenery because he just did not work out with the Cubs. A change of scenery could do Lake wonders as well as rejuvenate him as he would be playing in a pennant race. For the Mariners, they would get a right-handed bat with a power and speed combination that has yet to be harnessed.

Therefore, it could be a smart plan for Cubs president Theo Epstein to sell higher on Lake now than risk his stock dropping due to continued struggles.